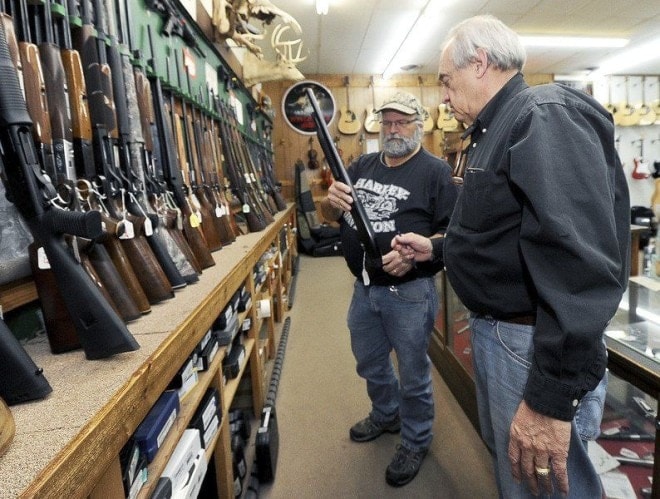 A Sacramento Democrat is looking to ban FFLs from operating from the home and add insurance and cameras to how they conduct buisness. (Photo: Laurie Sisk/Joplin Globe)

In a move intended to decrease straw buyers, a proposal would require video surveillance of shops including all purchases and parking lots as well as put a limit on gun store locations in California.

The measure, introduced last Friday, is meant to increase transparency in the legal sale of firearms and ammunition in the state and comes from the office of Democrat Assemblymember Kevin McCarty. In his 10 years as a Sacramento city councilman, he pushed increased regulations including special use permits for any new gun store within city limits.

“As a local elected official, I authored successful measures to crack down on illegal gun and ammunition sales,” said McCarty in a statement. “As a State Assembly member, I am proud to author AB 2459, which I believe will have a strong impact statewide in the effort to keep guns out of the wrong hands.”

McCarty’s latest proposal would prohibit a firearms dealer from operating from a building zoned as a residence, require them to carry $1 million in liability and theft insurance, and mandate extensive video surveillance requirements. This would include recording every firearm or ammunition transfer, everywhere guns or ammo are stored or handed, the exterior of the business, and all parking areas.

Similar requirements proposed in San Francisco led to the closure of the last gun shop in that city in 2015 that left lawmakers who backed the new guidelines unapologetic.

“So be it if our last remaining shop closed down here in San Francisco,” said Supervisor Katy Tang at the time. “I think that our city will be better for that.”

“Forcing a patron to feel like they are being recorded or what they’re doing is under a microscope, who’s already a law-abiding citizen, I don’t think it’s the right way to go,” Chris Lapinski, the owner of Last Stand Readiness and Tactical, told KXTV.

The news of McCarty’s bill, which includes civil fines of up to $2,000 per day, per incident of non-compliance, was welcomed by gun control advocates including the Law Center to Prevent Gun Violence who have long advocated increased scrutiny of dealers and the Brady Campaign.

“A key component of the bill is the requirement to videotape all gun sales,” said Amanda Wilcox with the Brady Campaign. “This would undoubtedly deter straw purchasers, those customers who buy guns for other people who cannot pass a background check. The bill furthers our goal of keeping guns out of dangerous hands and disrupting the flow of crime guns into California communities.”

Those inside the gun industry disagree.

“We oppose this bill for the simple reason it will do nothing to stop criminals from illegally obtaining firearms,” Lawrence Keane, senior vice president and general counsel of the National Shooting Sports Foundation, told Guns.com.

“Taping a customer lawfully purchasing a firearm after a background check does nothing to assist law enforcement. Straw purchases are already illegal and, according to studies, rarely the way criminals obtain guns,” he said. “If a store wants to install its own taping system that should be their decision. But a mandate would be very costly for smaller retailers and could cause some to close thereby eliminating jobs in the process.”

Keane argues the effort by lawmakers to lower the boom on lawful gun dealers is misplaced.

“It comes down to what it always comes down to. To stop criminal misuse of guns, crack down on criminals who misuse guns,”  said Keane.

The measure is set to be heard in committee on March 22.