Another day, another gun-wielding protest at Irving mosque https://t.co/Bl45L9POG6 pic.twitter.com/VjBl1XUfoC 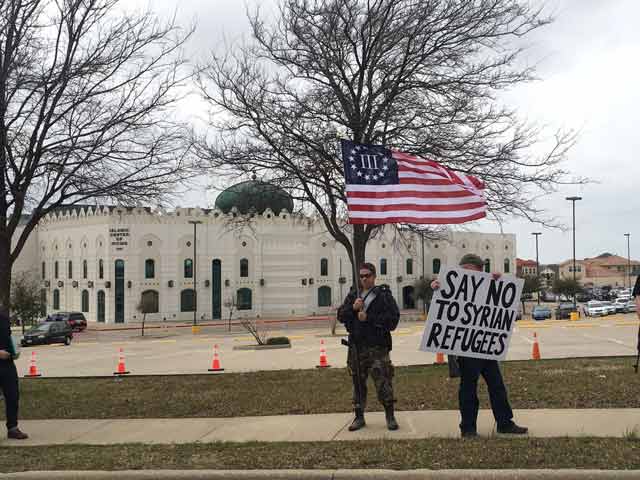 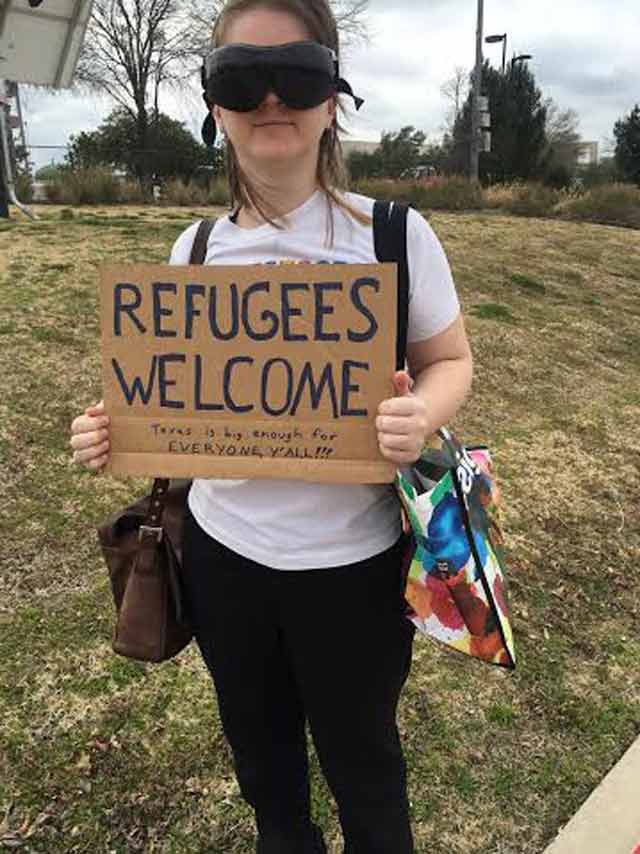 A weekend event for refugees in Irving, Texas, was interrupted by a small group protesters – some armed with guns – who stood outside the mosque where the event was being held, making it clear that the refugees are not welcome.

About a dozen protesters were in attendance, displaying messages such as “Say No To Syrian Refugees.”

But Imam Zia Sheikh, the mosque’s leader, seemed to think the protesters may have misunderstood the purpose of the lunch, which he explained wasn’t an event specifically for Syrian refugees, but rather for all of the displaced refugees in the area. The aim of the event was to “welcome them and make them feel at home.”

David Wright, president of the Bureau of American Islamic Relations, the group that organized the protest and was created simply to mimic the Council on American-Islamic Relations, told reporters he showed up at the event just to take a look at the refugees.

“We want to see how many are actually women and children,” Wright noted.

Meanwhile, Heidi Hickman stood as a lone counter protester, holding a sign that read, “Texas is big enough for EVERYONE, Y’ALL!!!”

“There are people who think that Texas, a state that prides itself on its size, isn’t big enough for the two of us, apparently,” said Hickman, who suffers from fibromyalgia and frequent migraines. That’s why, she said, “I will drag my disabled [self] out of bed on a Saturday and come here and counterprotest.”