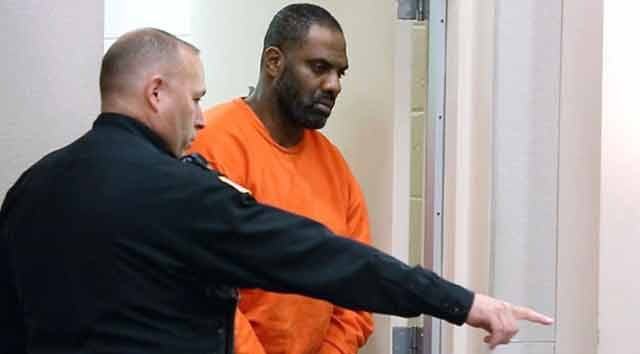 A 47-year-old New Jersey man pleaded guilty to manslaughter in court Wednesday, admitting that he killed his own mother just two days after being released from prison following a 30-year sentence for murder.

Steven Pratt was convicted of killing his neighbor in 1986. Pratt, who was 15 years old at the time, was hanging out in the hallway of his apartment with some friends, smoking marijuana and being a bit more noisy than the neighbors appreciated.

Michael Anderson, whom Pratt was not only acquainted with, but referred to as a type of father figure, stepped out of his apartment and asked the teens to take the party elsewhere. The request infuriated Pratt, who, in turn, retrieved a lead pipe and confronted Anderson. Anderson scuffled with the teen and hit him in the face before eventually gaining control of the pipe. When Pratt’s mother showed up, Anderson left.

However, several hours later, Pratt returned to Anderson’s apartment and knocked on the door. When Anderson opened the door, the teen mentioned the fight earlier in the day, then shot Anderson in the face and shoulder. Anderson died several days later as a result of the injuries he sustained.

Pratt was tried for murder as an adult and served 30 years in five different maximum security facilities. In October 2014, Pratt was released and went to live with his mother, Gwendolyn, but his freedom was short-lived, as were his mother’s last days.

Two days after Pratt’s release, police found Gwendolyn in her Atlantic City home, deceased from what appeared to be blunt-force trauma, according to reports from the Associated Press. Pratt, who was still in the home at the time, was immediately taken into custody with no resistance whatsoever. He was subsequently held on a $1 million cash bond.

An autopsy revealed Gwendolyn’s death was the result of repeated and massive blows to her head. She was 64 years old at the time of her death.

Pratt appeared in court last week, his head hanging low as the judge described the charges against him and the crime for which he is accused. 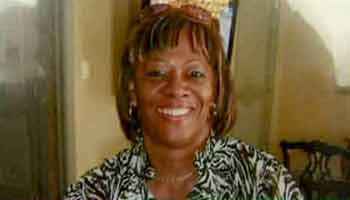 While 77 percent of prisoners become repeat offenders within five years of their release, the rate of reoffending is significantly less with those convicted of murder, according to a report from the Bureau of Justice Statistics. In fact, Pratt’s case is considered a rarity, leaving perhaps more questions than answers.

“Some of these guys, they snap,” psychologist Dr. Ronald Gruen, who has evaluated multitudes of juvenile offenders over the last three decades, told the Press of Atlantic City.

“If anybody’s been in prison 30 years in the adult system, they’re no sweethearts,” Gruen said. “They’re probably a very angry, very paranoid individual. Probably very upset with the world.”

If convicted, Pratt must serve a minimum 85 percent of an expected 25-year sentence — more than 21 years — before he is eligible for parole. At that point, Pratt will be nearly 60 years old.