The 'Cecil effect' could lead to culling of 200 surplus lions 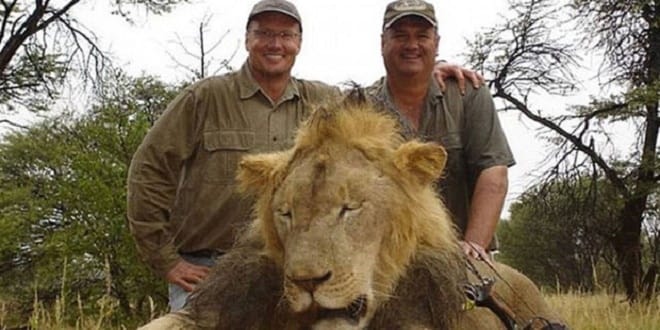 Public outcry in the U.S. over dentist Walter Palmer’s taking of Cecil last year could have the unexpected result of leading to a cull of “extra” lions. (Photo: Facebook)

Citing plummeting numbers of safari hunts and an exploding population, a preserve in Zimbabwe fears they may have to cull their stock of lions if they don’t come up with something fast.

In 2015, Cecil, a 13-year-old male Southwest African lion, part of a University of Oxford research program in and around the Hwange National Park in Zimbabwe was shot after Walter Palmer, a recreational big-game hunter and dentist from Minnesota, had originally wounded him with an arrow. Media attention, whipped up by anti-hunting groups and celebrities led to both an outpouring of donations to Oxford, efforts at legislation against the sport and a flood of hate mail and public vilification of Palmer.

Then in December, the Obama administration’s Fish and Wildlife Service announced that two lion subspecies would be listed under the Endangered Species Act, largely prohibiting the import of their trophies. Irregardless, many airlines had already closed the door to bringing back trophies from the continent.

This put the massive 850,000 acre Bubye Valley Conservancy in Zimbawae, with a population of over 500 lions managed by high-dollar big game hunters, with too many lions and too few options as to what to do with them.

Blondie Leathem, general manager of Bubye, said, “I wish we could give about 200 of our lions away to ease the overpopulation. If anyone knows of a suitable habitat for them where they will not land up in human conflict, or in wildlife areas where they will not be beaten up because of existing prides, please let us know and help us raise the money to move them.”

If no solution is found, and the phones don’t start ringing with hunters seeking a lion of their own, Bubye could wind up paying for a cull of up to 200 of the animals.