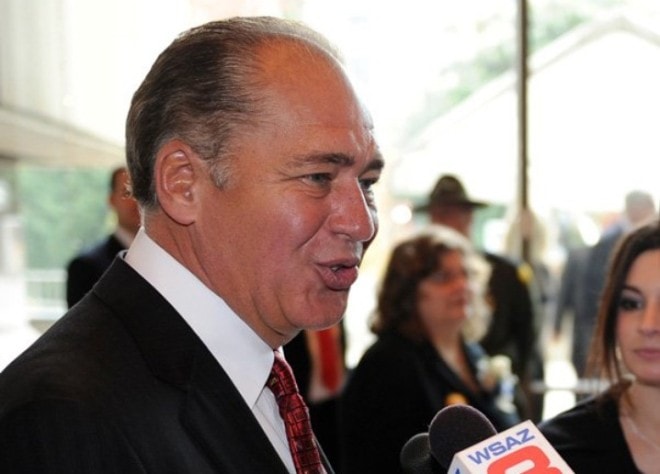 West Virginia Gov. Earl Ray Tomblin (D) is edging closer to a possible veto of a bill to allow concealed carry in the state without a permit. (Photo: Facebook)

In an easy vote Monday, state senators agreed with their House colleagues and advanced a proposal that would allow permitless carry of concealed handguns in West Virginia.

The House bill that picked up an easy 68-31 win in that chamber earlier this month went on to a 24-9 victory in the Senate this week which included a smattering of bipartisan support.

The proposal now headed back to the House for an expected easy concurrence vote, House Bill 4145, will allow those 21 and older who are legally able to possess a firearm under state and federal law to carry one concealed in the state without first having to obtain a permit. Current law mandates an application, background check, proof of training and a $100 fee split between the county sheriff and state police.

Further, those between the ages of 18-21 would be able to apply for a permit, which current law prohibits.

Opposing the measure are state Democrats to include Gov. Earl Ray Tomblin who vetoed a similar bill last March amid criticism from gun control advocates, U.S. Sen. Joe Manchin who represents the state in Washington, and police lobby groups.

Among those heading the charge to block the change is former New York Mayor Michael Bloomberg’s Everytown group who, as noted by the Associated Press, have invested “in the six-figure range” to blitz the issue in ads statewide.

“Unfortunately, the members of the West Virginia legislature are catering to the radical agenda of the gun lobby rather than listening to their constituents – and are putting West Virginia families at risk as a result,” said Diane Pendleton with the state chapter of Moms Demand Action in a statement.

Second Amendment groups argue the bill simply recognizes a law-abiding adult’s right to bear arms in a manner of their choosing.

“It is already lawful to open carry a firearm in the state of West Virginia without government-mandated permitting, training and taxes,” reads an alert from the National Rifle Association’s Institute for Legislative Action. “West Virginians should not be penalized for the method they feel most comfortable defending themselves.”

House agreement of the final Senate version, provided no further changes are made, will send the bill to the governor’s desk that could result in a veto override situation that state lawmakers braced for when they rebooted the legislation.

Lawmakers ran out of time last session to push an override through, sustaining Tomblin’s veto by default. The current session does not adjourn until March 12.