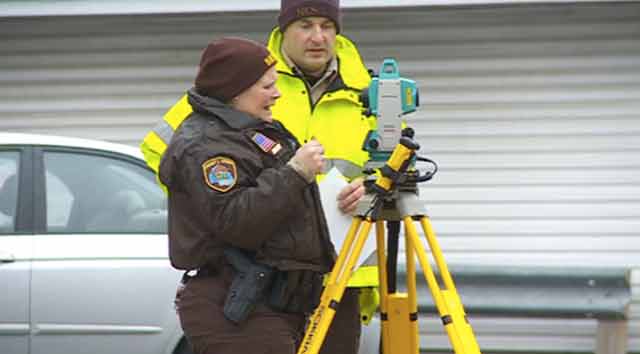 Authorities remained on the scene the day after the shooting. (Photo: CBS)

An attempted robbery in Brooklyn Park, Minnesota, Monday night left the would-be robber dead after an exchange of gunfire with his intended target.

Area residents called the police after hearing gunshots just after 8 p.m. The victim, whose name was not released, was approached at the end of his driveway by the suspect. Both men were armed with guns and while both fired at one another, the suspect was the only one injured.

After the exchange, the would-be robber, who was said to be 20 years old, ran across the street and collapsed. When police arrived they found him lying on the ground. He was pronounced dead at the scene, and two guns were recovered, a local CBS affiliate reported.

Authorities say the suspect was known to them through previous contact, and he frequently made his way between Brooklyn Park and Minneapolis.

Although authorities are familiar with the suspect, his name has not yet been released, presumably until the next of kin is notified of his death.

Bruley confirmed the victim had a valid permit to carry a firearm and no arrests have been made.

Kevin Brisky,, who lives nearby, told the Star Tribune that a large family lives in the home where the incident occurred. He described the family as quiet, typically keeping to themselves.

State Rep. Pat Garofalo indicated that the incident only confirms the importance of concealed carry.

“A loss of life is a tragedy,” He said. “But when a criminal pulls a gun, they risk ending their life. Concealed carry works.”

The incident remains under investigation and will ultimately be turned over to the Hennepin County Attorney’s Office to determine whether any charges will be filed.