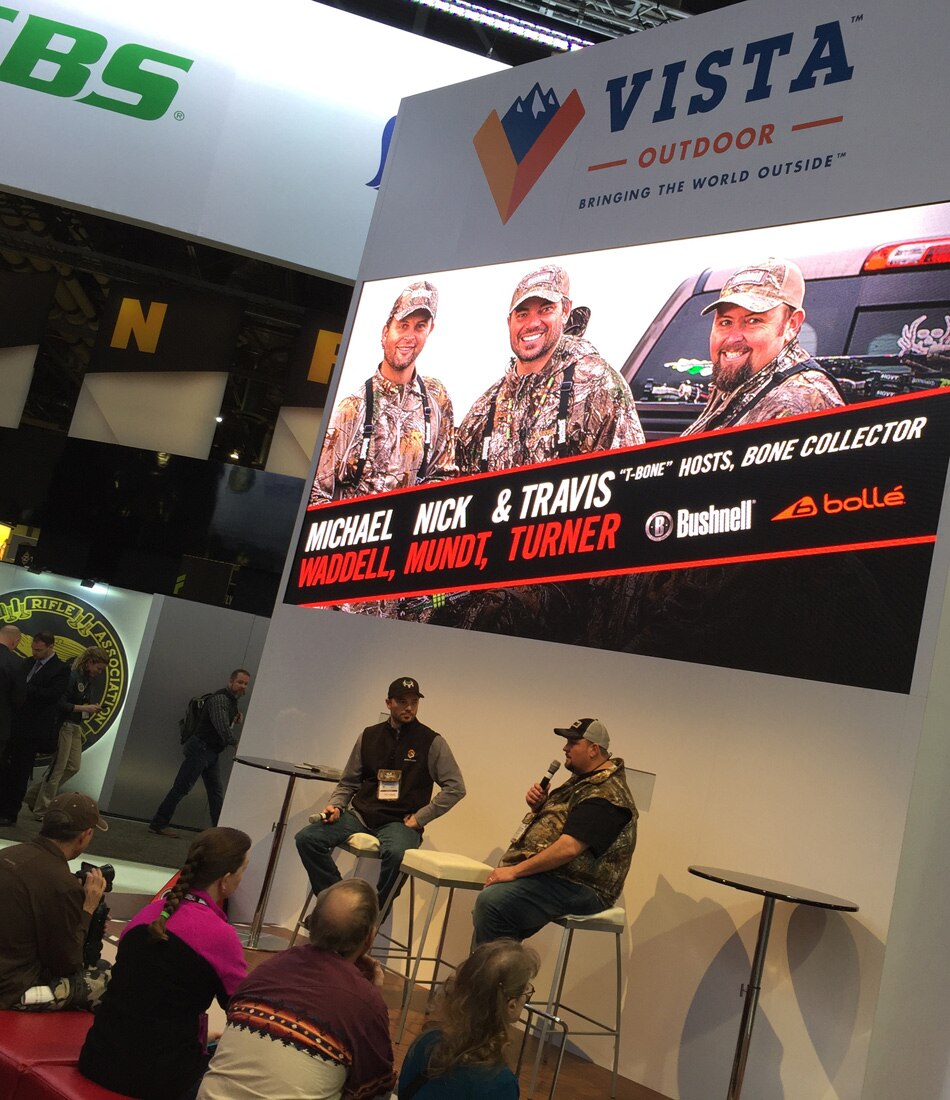 “The Bone Collector” speaking in front of a crowd at the Vista Outdoor booth during SHOT Show 2016. (Photo: Daniel Terrill)

Vista raked in $593 million in sales, up 17 percent from last year, making a profit of roughly $43.2 million, according to filings this month with the Securities and Exchange Commission.

And the company raised financial expectations for Fiscal Year 2016 to end at $2.24 billion to $2.26 billion.

More than 30 outdoor and shooting brands make up Vista, which split from parent company Alliant Techsystems last year a few months after merging with rocket maker Orbital Sciences Corporation. With brands like Savage Arms and Federal Premium, Vista joined the ranks of some of the largest gun makers in the country.

Offering a much more diverse group of products, Vista has also set a tone for competitors like Smith & Wesson, which told investors that within the next few years it would be branching out into the much larger outdoor markets in addition to shooting sports.

According to filings with the SEC, Vista’s shooting sports sales contributed $252.6 million in the third quarter and $744.7 million nine months into the fiscal year.

The company’s stock price jumped slightly from one year ago with the current price at $49.23 per share, the 52-week high at $49.56 and the low at $38.51. Yet, Vista’s success is on par with other companies in the gun industry.

Sturm, Ruger & Company reported $45 million total for nine months into 2015. Profit for the company’s last quarter totaled $11.9 million, an increase of $5.1 million from last year. However, Ruger is expected to release fourth quarter results this month. Share for Ruger are currently priced at $64.19.