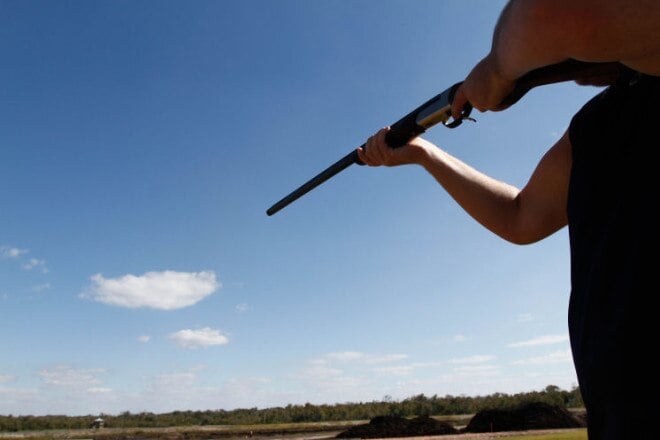 On Tuesday, Swiftmud’s board quietly and without discussion voted unanimously to drop the current suit against Skyway. (Photo: Luis Santana/Tampa Bay Times)

A water district frequently in court with a historic gun club over land rights dropped their latest legal challenge after Second Amendment groups asked Gov. Scott to scrap the agency.

Skyway Trap and Skeet Club outside of St. Petersburg dates back to 1945, and when the 16-county Southwest Florida Water Management District– known as Swiftmud to locals– acquired some of the club’s land via eminent domain in the 70s, the club was granted an easement for its falling shot.

This led to later challenges in the courts by Swiftmud seeking further restrictions on the use of the land, which ended up in a 2004 agreement that the club switch to steel shot, the district clean up generations of lead shot, and a berm be built to contain future spent rounds.

With the district’s berm in poor shape, Swiftmud went after Skyway once again, asking the courts to halt shooting at the range until the berm could be expanded– at the range’s expense. This brought quick calls from gun rights advocates in the state who argued the water district was not only breaking its agreement, but also a law set up since then to protect ranges from frivolous action.

On Tuesday, Swiftmud’s board quietly and without discussion voted unanimously to drop the current suit against Skyway.

When asked by local media as to what brought about the sudden change, spokesperson Susanna Martinez Tarokh cryptically told the Tampa Bay Times, “We are glad Swiftmud and the skeet club are working together on a solution that is good for everyone.”

Marion Hammer, executive director of the Unified Sportsmen of Florida and a former National Rifle Association president, who called upon the Legislature and Gov. Scott two weeks ago to disband the district, spoke to Guns.com on the matter Wednesday.

“When public officials arrogantly and maliciously violate the law with evil intent, they need to be held accountable,” said Hammer.

The gun rights champion argued Swiftmud’s ultimate goal was to kill the range.

“They have willfully attempted to bankrupt the Skyway Trap & Skeet Club and its Olympic training program. It doesn’t get much more antigun than that,” she said.

Hammer also hinted that, though the district is now seeking to get out of court, it might not be that easy.

“This club needs to be made whole,” she said. “Under the law, these people should be looking at jail time.”