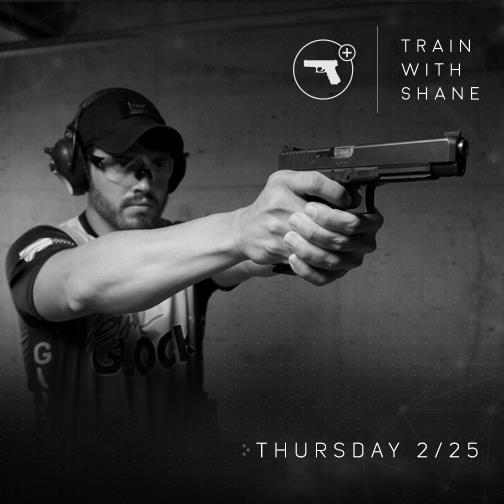 Glock has a new series of monthly online shooting lessons with Team Glock pro Shane Coley.  Starting Thursday, each episode of the online series will focus on one or more skills, drills and other tips for pistol shooting.

The lessons are part of GLOCKLIVE, a live training forum in which participants can type in questions as instructors give tips from their area of expertise.  Registration for GLOCKLIVE is available at the Glock website and new events are announced on the Team Glock Facebook page.

Coley’s series of lessons are aimed at both the new and experienced shooter. Subsequent episodes are currently scheduled on March 31, April 28, May 26, and June 30, all at 7 PM Eastern.  It appears later episodes are planned, with dates to be determined.

Coley began his competitive shooting career under the tutelage of his police officer father in 2005, when he was 14.  He continued an active competitive schedule during his service to the U.S. Army from 2009-2015.  At 21, as a member of the Army’s Marksmanship Unit Action Shooting Team, he became the second-youngest shooter ever to hold the title of USPSA National Champion.  He garnered two more national titles, led the Men’s World Shoot Team to a gold medal in the 2014 IPSC Championships, and in the same year earned individual silver.

Winning continues to be Coley’s shooting path since joining Team Glock, of which he’s captain. He broght home the IDPA back-up gun champion trophy in 2015.

Glock is sweetening the pot for viewers by offering a free lesson with Shane Coley to one person at the company’s headquarters in Smyrna, Georgia.  One entry is included with each monthly webinar registration.