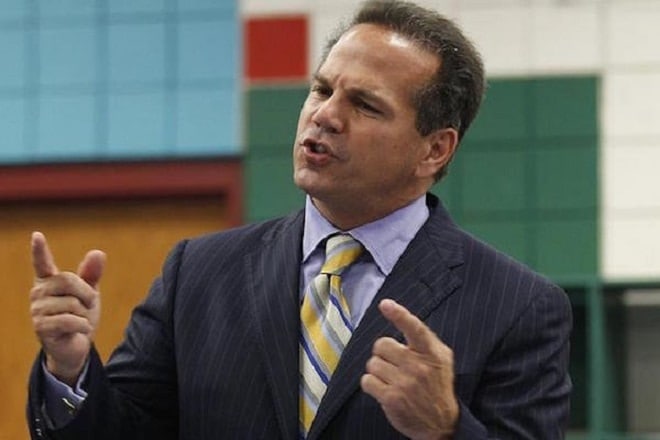 U.S. Rep. David N. Cicilline wants to expand gun prohibitions to those who have been convicted of hate crimes. (Photo: Politix)

A bill proposed in Congress this week would strip gun rights from those who have been convicted of misdemeanor violations deemed hate crimes.

The proposal, introduced by U.S. Rep. David N. Cicilline, a Rhode Island Democrat known for backing gun control legislation in Congress, would ban the sale of firearms to those convicted of vandalizing a place of worship or assaulting someone based on their race, religion, gender, sexual orientation, gender identity, or disability.

Introduced Wednesday as H.R.4603, the Hate Crimes Prevention Act, would make convictions of misdemeanor hate crimes under state, federal or tribal laws sufficient to deem an individual a prohibited firearms possessor in the eyes of the federal government. The bill goes on to define such an offense as any that came about because of a victim’s race, color, religion, national origin, gender, sexual orientation, gender identity or disability.

As many states use the FBI’s NICS background check database to issue firearms permits and concealed carry licenses, it would have the side effect of denying those at the local level as well.

Some argue violent hate crimes are often preceded by acts of vandalism or menacing that gradually increase.

“A Black family moving into an all-White neighborhood is first warned; if they don’t heed the warning, then their windows are broken; and if they still refuse to move out, their house may be firebombed, or worse,” say Northeastern University researchers Jack Levin and Jack McDevitt, in a statement provided by Cicilline’s office.

The move is not the first aimed at adding names to the list of prohibited firearms possessors under federal law with less than felony level convictions.

The 1996 Lautenberg Amendment bans access to firearms by people convicted of misdemeanor crimes of domestic violence while Senate Minority Leader Harry Reid, D-Nevada, introduced a measure last year to ban firearm possession by those who have misdemeanor convictions under the Freedom of Access to Clinic Entrances Act, directed at abortion clinics.