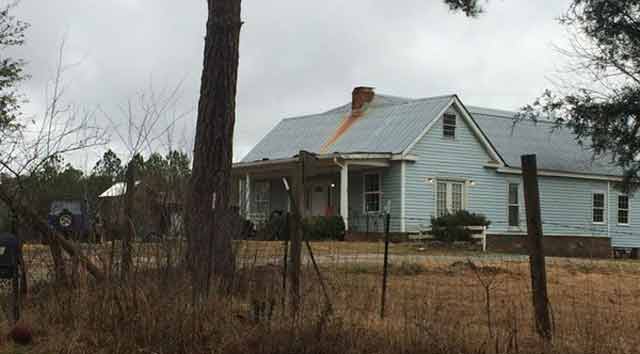 The home in rural Jones County where the shooting occurred. (Photo: 13 WMAZ)

A young boy was shot and killed outside of a Juliette, Georgia, home over the weekend and authorities said the man that pulled the trigger was acting out of fear.

Police first received a phone call about a prowler around 11:45 p.m. Saturday. According to reports from WMAZ, Randy McCaw noticed the boy in his yard, despite “No Trespassing” signs being posted around the property. As McCaw approached the teen, he observed that he was wearing camouflage and a mask. McCaw also noticed the prowler was clutching something in his hands.

McCaw told the boy to leave, and while he initially turned as if he were leaving, the boy then suddenly turned back around and faced McCaw. McCaw said he felt threatened by the boy’s actions and not knowing what was in his hands. McCaw then fired a single shot, striking the intruder. At the time, McCaws’s girlfriend was still on the phone with the 911 dispatcher, who heard the gunshot over the phone.

When officers arrived on the scene, they discovered the boy had a large butcher knife, a toy gun and a bow. They also discovered the boy, who was identified as 14-year-old Johnathan Woodard, lived about a mile down the road in the rural area.

Major Earl Humphries said McCaw did not specifically see the knife, but could tell the boy was holding onto something.

Woodard’s parents said they knew Johnathan had left their home, but didn’t know where he had gone. It’s unclear what he was doing outside of the home where he was shot. Humphries confirmed the boy was bipolar, but did not disclose any other information about the boy’s possible mental state at the time.

McCaw has not been charged, but the case remains under investigation. Humphries said McCaw, who had a teen daughter inside the house, “took what action he needed to or he deemed at the time appropriate.”

Humphries did not elaborate on whether he thought McCaw’s actions were right or wrong, but simply noted that was what happened.