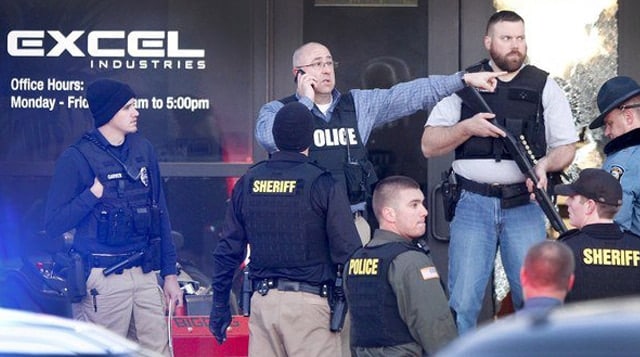 Four people, including the suspect, were killed and another 14 injured after a disgruntled employee went on a shooting spree through two small Kansas towns Thursday evening.

The rampage spanned over nearly seven miles and lasted less than half an hour. Authorities received the first call out of Newton, about 30 miles north of Wichita, just before 5 p.m. 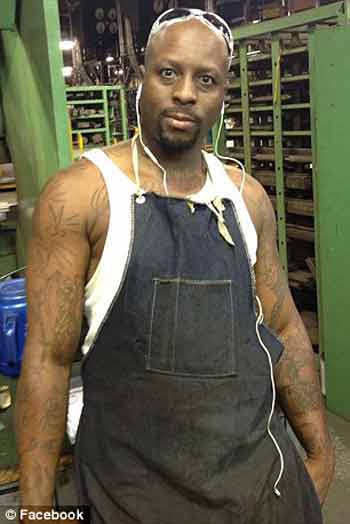 A short time later, the suspect arrived at Excel Industries in Hesston, a company that manufactures lawn equipment and where the suspect was employed. Witnesses and fellow employees identified the shooter as 38-year-old Cedric Ford, a painter at the company, although authorities have not yet confirmed this.

In the parking lot of Excel Industries, Ford shot another individual before entering the building and opening fire, where about 150 people were working at the time. One employee, who did not wish to be identified, told local media Ford was armed with what appeared to be an AK-47. The sheriff’s office confirmed the suspect carried a “long gun,” but was not specific on the model.

The witness said Ford entered the building and began chasing people in an office area, then made his way to the production area where he “just started spraying everybody” with bullets.

Local law enforcement quickly responded to the active shooter situation, and one of the first officers on the scene, who has not been publicly identified, engaged in a shootout with Ford. The officer was uninjured, but Ford was fatally shot. Harvey County Sheriff T. Walton called the officer who shot Ford a “hero” who saved many lives.

Reports of “shooter down” came in 26 minutes after the call about the first shooting in Newton.

The names of the deceased victims have not been released, and the Harvey County Sheriff’s Office confirmed in a news release that, as of 9 p.m. Thursday, 10 of the 14 injured victims remain in critical condition.

The facility where the shooting occurred will remain closed during the investigation, which authorities warned could be lengthy.

At this point, a motive has not been released, but Walton – without elaborating – indicated they had a good idea what it could be and confirmed that is was not an act of terrorism.