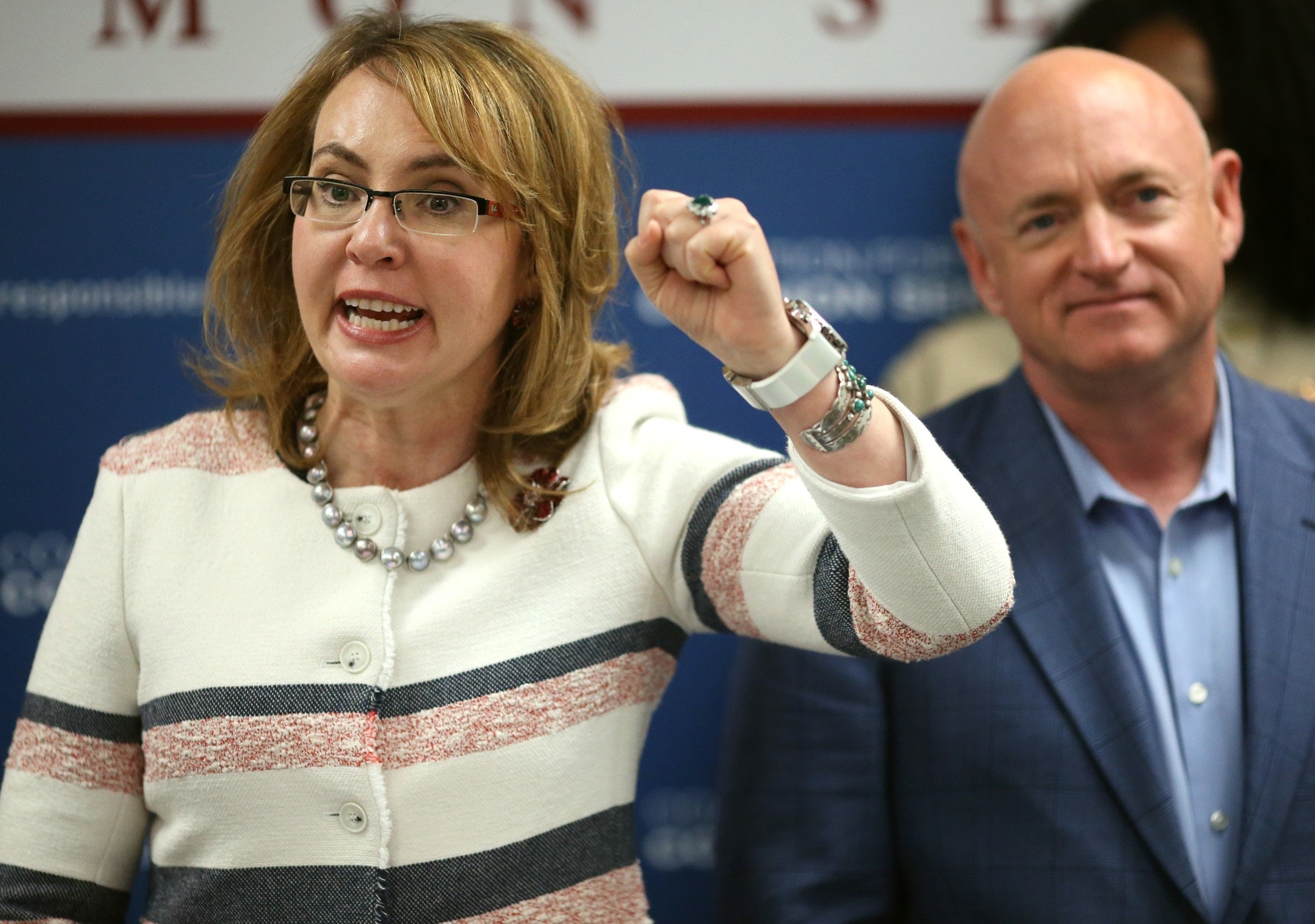 After founding groups in two other states since last December, the former lawmaker turned gun control champion announced the “Minnesota Coalition for Common Sense” this week.

Giffords and her husband, former astronaut Capt. Mark Kelly, announced the organization at press conference Thursday. The gun safety advocates argue Minnesota has a number of loopholes in its gun laws that need to be addressed, prompting the need for the local group.

“Stopping gun violence takes courage – the courage to do what’s right, and the courage of new ideas. I’ve seen great courage when my life was on the line,” said Giffords this week at Augsburg College in Minneapolis in a repeat of her remarks from Oregon on Feb. 21. “Now is the time to come together – to be responsible. Democrats, Republicans – everyone.”

A prepared statement from Americans for Responsible Solutions, Giffords’s national organization, also contained the same quotes from Kelly used in the earlier announcements from both New Hampshire and Oregon.

The initiatives backed by the new Minnesota group include an expansion of background checks to include most private gun transfers and increased reporting of mental health records by the state to the Federal Bureau of Investigation’s National Instant Criminal Background Check System.

Among those comprising the new group are Giffords and Kelly, state members of the Brady Campaign, St. Louis County Sheriff Ross Litman, and Augsburg College President Dr. Paul Pribbenow. Jon Halverson, Vice President of Land O’Lakes, with their headquarters in Minnesota, was also named as an inaugural member of the group.

The National Rifle Association vowed to fight against any move to bring universal background checks to the state.

“Unfortunately, by definition, criminals are not going to obey the law,” NRA spokesperson Catherine Mortensen told Minnesota Public Radio. “You can pass all the laws you want. And time and again we’ve seen that criminals find a way around those laws. And what those laws end up doing is burdening the law-abiding citizens.”