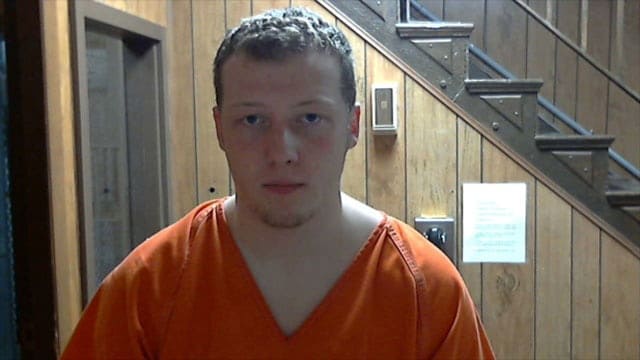 What could have been a shooting incident was averted in a town near Kansas City, Missouri, earlier this month after a 19-year-old was found with weapons in his bag and machine guns at his house.

According to the docket report, Michael Knoth made an initial appearance in a federal court on Thursday for unlawful possession of a machine gun. He will remain in federal custody pending a detention hearing.

Knoth was arrested on Feb. 11 after teachers and authorities learned he had ammo and an administrator found weapons in Knoth’s bag, according to court documents filed Wednesday in a Kansas City federal court.

Police responded to the high school in Tarkio, which is located about 115 miles north of Kansas City, to a call about about the findings, the criminal complaint says. When they arrived Knoth was found sitting in the In School Suspension room wearing military-style clothes, boots and ballistic body armor.

According to the complaint, Knoth showed another student a loaded magazine and then that student told a teacher. The teacher alerted an administrator who called the police.

When the administrator and officer entered the ISS room, Knoth tried to leave, but he was stopped, the complaint says. Searching his backpack, they found a loaded Glock 9mm pistol, six loaded pistol magazines, three loaded .223 mags, a spring assisted knife, seatbelt cutter and a window punch. The school was immediately placed on lockdown.

After he was placed in handcuffs and read his Miranda rights, Knoth told authorities that there was ammo but no guns in his car, the complaint says. Investigators searched his car and found two 9mm magazines and 15 .223 magazines.

When authorities searched his house, they found more ammo, magazines, a kit to modify a semi-auto rifle into a machine gun, and two firearms: an AR pistol and an Uzi. Both firearms “displayed the traits of a machine gun,” the complaint says.

Knoth’s father, Roy Knoth, told local media his son made an honest mistake. The day of the teen’s arrest was career day and he wanted to be a U.S. Marine, hence the camo utilities and body armor.

“Did he pull (the gun) out and try and start shooting people? No, he didn’t do all this (expletive),” Roy Knoth told reporters. “It’s as simple as that. He made an honest mistake. He went to school with a gun in his damn backpack.”