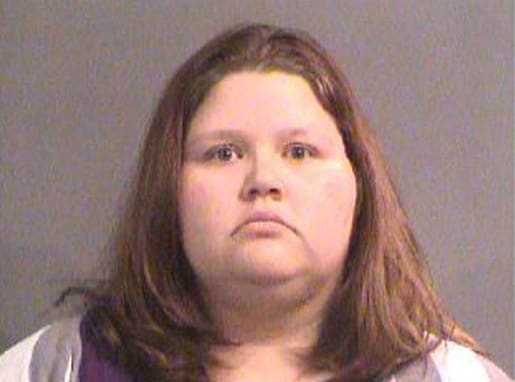 A Kansas woman was charged Friday for supplying the gun used by Cedric Ford, the man who killed three people and injured 14 in a shooting spree.

Sarah Hopkins, 28, of Newton, Kansas, was charged for the unlawful transfer of a firearm to a convicted felon, according to an announcement by the Justice Department. At time of publication, court documents were not immediately available.

The affidavit filed in the case alleges Hopkins knew Ford was a convicted felon when she gave him a Zastava Serbia, AK-47 semi-automatic rifle and a Glock Model 22 40-caliber handgun, the Justice Department said.

Mayhem began Thursday night when Ford, 38, shot at two vehicles outside his own vehicle and wounded one person, the local sheriff said. He then fired at another vehicle, striking the driver in the leg, before stealing the victim’s vehicle.

Ford drove to Excel Industries, where he worked as a painter, located in Hesston, Kansas. He shot one person in the parking lot before entering the facility and shooting 15 people, three of which died. Law enforcement quickly arrived and engaged him in a scenario that resulted in his death.

About 90 minutes before the shooting Ford was served a restraining order that had been filed by a former girlfriend who said he choked her during a fight. He was served the order at work.

After the story broke, reports of Ford’s online history reveal images of him posing and a video of him shooting an AK-47 rifle.