3 stabbed at KKK rally, 1 with a flag pole (VIDEO) 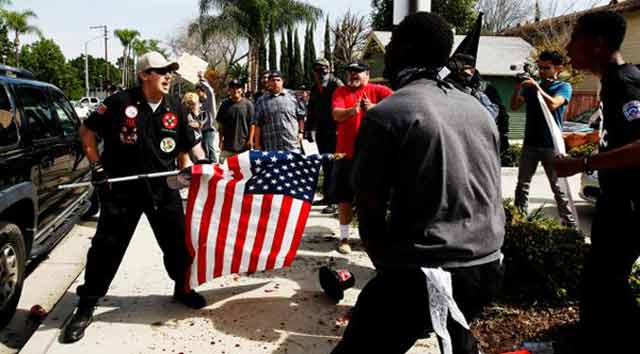 Three people were stabbed after violence erupted at a Ku Klux Klan rally in Anaheim Saturday just after noon.

The planned rally – which was well-advertised – was met with opposition by a group of angry protesters. When the clash turned violent, several KKK members took off in a SUV, leaving the other members to “fend for themselves,” said Brian Levin, who was in between the two groups when they began to clash. 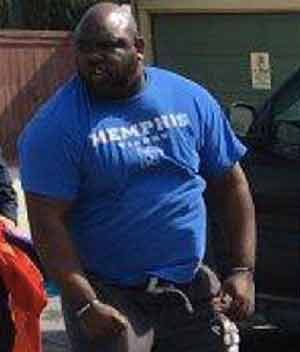 Police say this man is wanted for suspicion of assault with force likely to cause great bodily harm and urge anyone with information to contact Crime Stoppers at 855-847-6227.

The Klan members left behind were attacked by the protesters as the melee spanned over an entire city block. At some point three individuals – at least one of whom was a Klan member – were stabbed with knives. One person was also stabbed with the end of a flag pole before police arrived on the scene.

One of the injured men was stabbed multiple times and initially listed in critical condition, but his condition was later upgraded to stable. All are expected to survive.

Altogether, 12 people were arrested – five KKK members and seven protesters. Authorities are still searching for another man, who can clearly be seen on video kicking a Klan member in the face after he is knocked to the ground.

“Even if the vast majority of our community disagrees with a particular group who visits our city we cannot stop them from lawfully gathering to express their opinions,” Anaheim Police Chief Raul Quezada said in a statement. “Violence is not acceptable, and we will arrest anybody who assaults another person or commits any other crime in our city.’’