Oregon firearms background check bill could be DOA in Senate 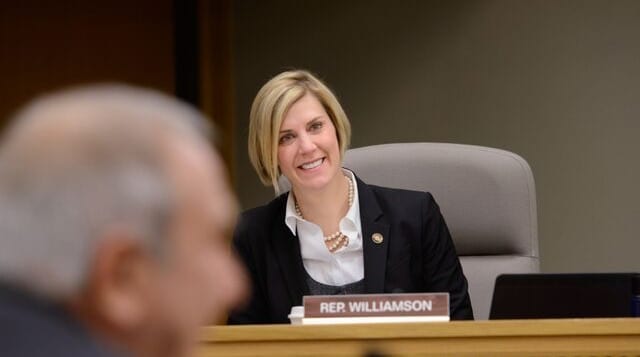 A bill to increase the length of time authorities are given to process background checks for firearm purchases from 3 to 10 days could be dead on arrival in the Oregon Senate.

The Oregonian reported Thursday that it was “unlikely” for HB 4147 — which squeaked through the House on a 31-28 vote Monday, after being delayed from last week due to Democratic support being so weak — to emerge from a divisive and busy Senate this session.

“It’s unlikely this late in the session,” said Senate Majority Leader Ginny Burdick, D-Portland, though she also explained she generally supports gun control bills, and “hate[s] to see any gun bill not make it.”

The measure was initially intended to prohibit the sale of firearms without a background check. However, it was amended by its House sponsor — House Majority Leader Jennifer Williamson — to simply extend the time limits from three to 10 days, following a House committee hearing, where lawmakers heard testimony from relatives of the Charleston shooting victims.

The measure comes in response to last year’s murder of nine individuals at a South Carolina church by 21-year-old Dylann Roof, after clerical errors led to a background check delay that allowed him to purchase a firearm despite misdemeanor drug charges that would have otherwise blocked that purchase.

In the House, critics of the bill argued that it was unnecessary, as Roof’s ability to purchase a firearm came from clerical errors and an inexperienced investigator, and no additional time would have prevented the sale from occurring.

However, Democrats argued that while their bill would not close the loophole, it would at least keep some prohibited purchasers from being able to get their hands on firearms.

However, local gun dealers have explained to media that the new law wouldn’t close any “loopholes” in gun laws, as Oregon dealers are unlikely to release a firearm to a purchaser without a returned background check because they don’t want to be the ones liable for putting a gun in a prohibited person’s hands.

And firearms proponents have argued that the three day limit on the FBI’s processing of background checks keeps the system running efficiently, preserves the principle of due process and helps prevent cases of mistaken identity from keeping a lawful owner from purchasing a new firearm.