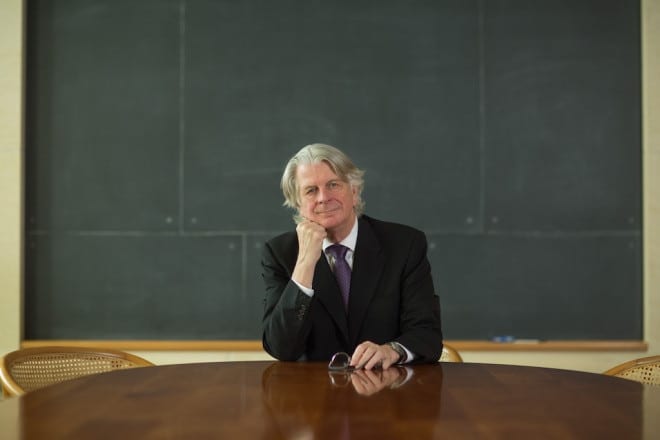 University of Texas architecture dean Fredrick Steiner is taking a new job in July, but found it interesting the media dwelled on just one of his reasons for leaving his current one. (Photo: Chronicle of Higher Education)

Fredrick Steiner, who announced he is taking a prestigious new job at his alma mater, says the media spun his reasons for leaving the University of Texas.

Steiner, who since 2001 holds the Henry M. Rockwell Chair in Architecture at UT, was named last week to be the next dean of the University of Pennsylvania School of Design. A Penn alumni who earned his master’s in landscape architecture and a doctorate in city planning at the school and is a research scholar at the Penn Institute for Urban Research, Steiner was selected by the university after a global search.

However, media outlets both in Texas and nationally as well as abroad picked up on comments Steiner made about leaving his position of more than 15 years over the state’s new campus carry law and concentrated only on that aspect.

Under the guidelines of measure to allow licensed concealed handgun permit holders to carry their guns on public college campuses passed the state legislature last year, the school will allow concealed carry in certain areas of campus starting Aug. 1.

In the aftermath of the media blitz, Steiner was candid with the Chronicle of Higher Education that the coverage oversimplified his story and, while the gun issue was a reason for the move, the other reasons he stated were brushed over or ignored.

“It was one of the factors among several factors to decide to go back to Penn,” said Steiner. “It’s been kind of curious to see the gun thing evolve from a factor to the factor.”

Steiner told the Chronicle he cited a broader lack of support for public higher education in Texas as well as a natural desire to return to Penn as other contributing factors.

“Because of his deep and abiding connection to Penn Design, his appreciation of the School’s impressive history and his excitement to contribute to its bright and compelling future, we look forward to working with him as he collaborates with faculty, staff, students, overseers and alumni to build on Penn Design’s incredibly strong foundation,” said Penn President Amy Gutmann in a statement.

Steiner is set to move into his new position this July.