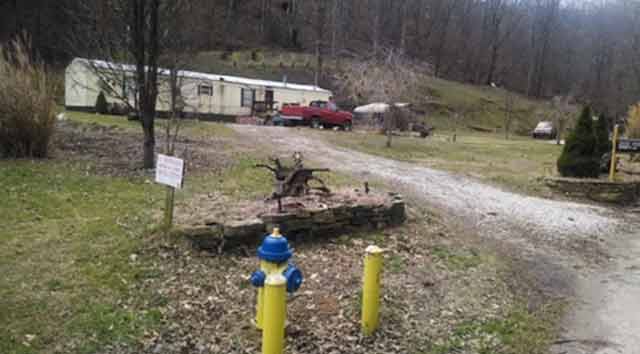 The home where the deadly altercation occurred. (Photo: WCHS)

Following an altercation at a home outside of Chapmanville, West Virginia, Sunday evening, a 48-year-old man is dead, but authorities say the fatal shooting may be a case of self-defense.

Logan County Chief Deputy Mike Mayes said they are not sure at this point why David Joe Whitt, 48, went to the home, but when he arrived he was apparently already agitated and angry, according to reports from a local ABC affiliate.

The homeowner, 54-year-old Casey Adams, said Whitt was trying to fight him when he entered his home, but he would not engage. Instead, Adams repeatedly asked Whitt to leave, but he refused. Then when Whitt pulled a knife on Adams, he reacted by retrieving a .45-caliber handgun, and again demanded Whitt leave. But, again, Whitt refused and a physical altercation ensued. During that time, Adams was cut across the face and Whitt was shot and killed.

When deputies arrived at the home around 9 p.m., they found Whitt lying on the kitchen floor with a single gunshot wound to the head. He was pronounced dead at the scene.

Adams was transported to the hospital, not only to receive treatment for the cut on his face, but for severe high blood pressure he was experiencing following the incident.

Adams has not been arrested, and at this point, Mayes said the shooting appears to be a case of self-defense.

“That’s what it’s looking like” Mayes said. “We’ve talked to the prosecutor’s office and run everything by them. At this point that’s what it looks like, but we’re not finished with the investigation.”

Authorities say no one else was present at the time of the shooting.

The investigation remains ongoing and, once completed, will be turned over to the prosecuting attorney to determine whether any charges are appropriate.