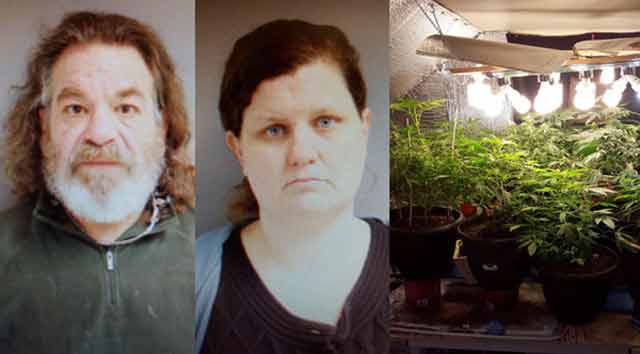 When a second-grader in Vermont went to school talking about the “special medicine” plants he helps his mother’s boyfriend grow, the curious conversation led to an investigation and ultimately the child’s mother and the boyfriend facing felony charges.

The boy told school officials that the plant “can cure anything at all.”

When authorities searched the home, they discovered an indoor growing operation made up of two grow rooms next to the child’s bedroom. Fifty marijuana plants, worth an estimated $75,000, were found, along with “other drug-related items.”

Steven Mann, 54, along with the child’s mother, Leona Hunt, 25, were arrested and charged with marijuana cultivation, possession of a hallucinogenic drug, possession of a depressant or stimulant and cruelty to a child. Since more than 25 plants were found, the cultivation charges are a felony.

The child is now in the custody of the Department of Children and Family.