Who torched police chief’s truck? Not 2A supporters 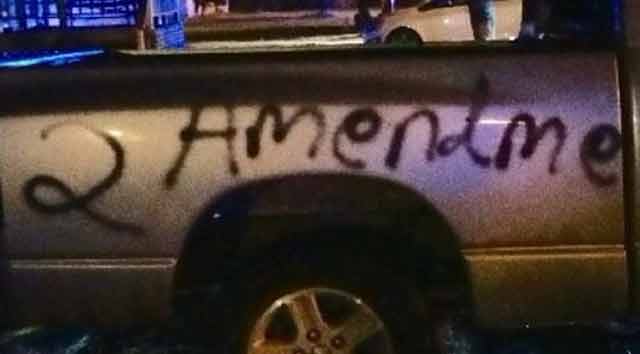 It appears supporters of the “2 Amendment” were responsible for the blaze… or were they? (Photo: KATV)

A former Arkansas police chief is expected to accept a deal in federal court, pleading guilty to possession of stolen property, while the charges for arson – which he previously blamed on Second Amendment supporters – will not be pursued, according to reports from The Daily Citizen.

Erek Balentine, who stepped down from his position as the Bald Knob police chief in September, citing safety concerns for his family, was thrust into the spotlight in May 2015 following an open carry controversy with local resident Richard Chambless. 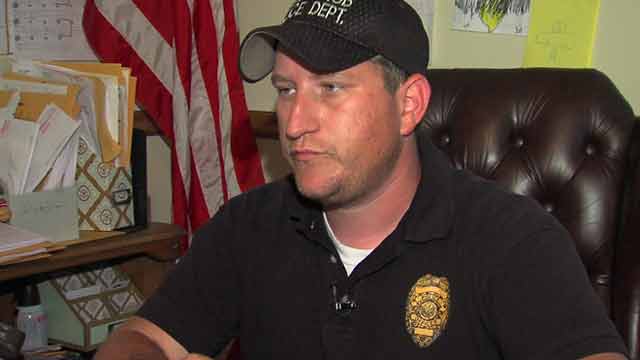 While some believe the Act recognizes Arkansas as a constitutional carry state, others aren’t so convinced, and even though there have been a handful of charges sought for open carriers across the state, none of those charges have stuck. But Chambless’ case – at least for a time – was different. Eventually, after first being found guilty, a judge later reversed the decision and dismissed Chambless’ case in November.

However, before Chambless was let off the hook, Balentine drew even more attention to the case. While interrogating Chambless, the former police chief lost his cool and acted in a manner that would be considered by most as less than professional. And, of course, the ugly interaction was captured on video.

Several months later, in September, Balentine blessed headlines again when he claimed his personal truck was vandalized and set on fire, presumably by Second Amendment supporters since the spray paint on both sides spelled out “2 Amendment.” Days later, Balentine announced his resignation.

But during the course of the investigation into the mysterious vehicle blaze, authorities discovered Balentine, while still the acting police chief, had taken a firearm from the police department for personal use and later attempted to sell it.

According to Paul Younger, Balentine’s attorney, the gun in question was donated to the city by a former police officer, was supposed to be auctioned off and the proceeds donated to charity.

The investigation also led authorities to suspect Balentine as the one responsible for starting the truck fire.

Younger said the case concluded last month and was turned over to Assistant U.S. Attorney Chris Givens, who agreed not to pursue the arson charges as part of the plea deal, so long as Balentine accepted the charges for possession of stolen property.