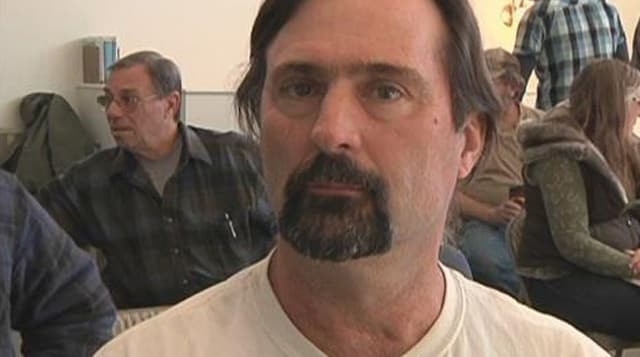 Former radio host William Krisstofer Wolf could be looking at the maximum sentence under federal law if prosecutors get their way.

A federal judge was asked to hand down nearly double the typical penalty in the case of William Krisstofer Wolf, who ran an anti-government webcast until he was arrested on gun charges.

Wolf, 53, was arrested last March after he met with an undercover agent at a Livingston truck stop to buy a Saiga-12, which had been converted from a semi-automatic to fully automatic and also had a shortened barrel. Wolf paid $725 for the shotgun then was promptly taken into custody by federal authorities.

Wolf subsequently said he did not recognize the federal court’s jurisdiction and refused to enter a plea on the charges against him. A magistrate judge entered a not-guilty plea on his behalf, to which he was found guilty following a jury trial last November.

Giving a four-page list of inflammatory statements made by Wolf to include ,”I just need to kill the public officials,” and “My preferred method would be to drop five hundred pounds of napalm through the roof of the courthouse and burn it to the ground,” Whittaker argued the extreme factors present in the case do not adequately reflect the type of sentence necessary to fully address Wolf’s “dangerous character and propensity for violence.”

As such, “to protect the public and law enforcement, to deter Wolf and others, and to promote the needed respect for the law,” Whittaker asked for the maximum of 120 months.

Wolf’s court assigned public defender, Mark Werner, citing the fact his client had no prior criminal record and many of his statements were either taken out of context, at the prompting of undercover agents, or were protected by the First Amendment, asked for a more lenient sentence of 27 to 33 months.

“He regarded firearms as important,” argued Werner. “He felt the presence of an oncoming conflict and he felt the need to be armed to defend himself. He did not arm himself for an assault with the intent to commit murder.”

U.S. District Judge Susan Watters in Billings is set to hand down Wolf’s sentencing this week.