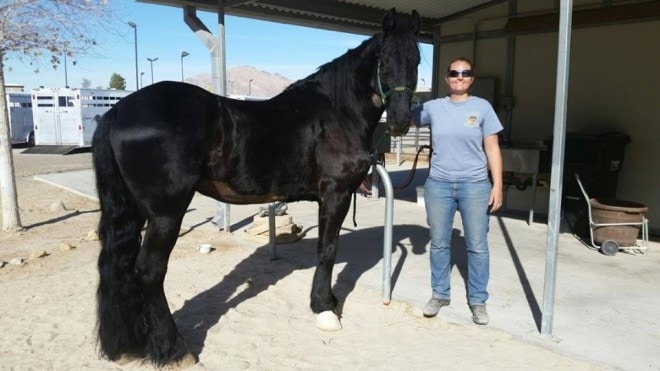 Gryff, a member of the Las Vegas Metropolitan Police Department’s mounted unit, had a near death experience  that required surgical intervention to remove a trio of huge intestinal blockages.

The Friesian patrol horse suffered with Enterolith, an intestinal stone formed around a nidus of some type, the most common being a pebble or sand. As noted by FOX5, Gryff, down with colic, had to have the stones removed by a local vet in an emergency surgery. 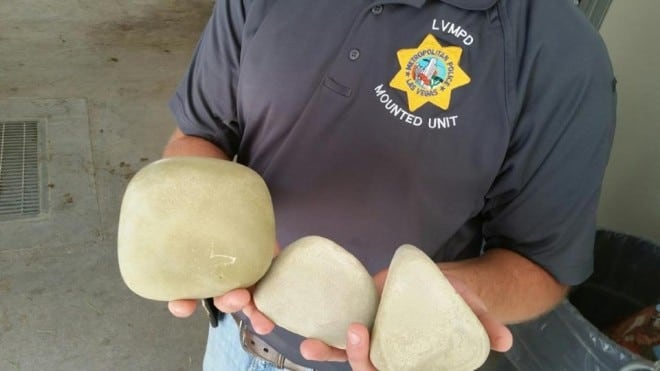 Members of his unit say it was heartbreaking to see him suffer but are glad he is making a recovery.

“Horses in general just draw people in, but this horse, I am telling you there is something about this big guy,” Metro’s Sgt. Brett Ficklin said. 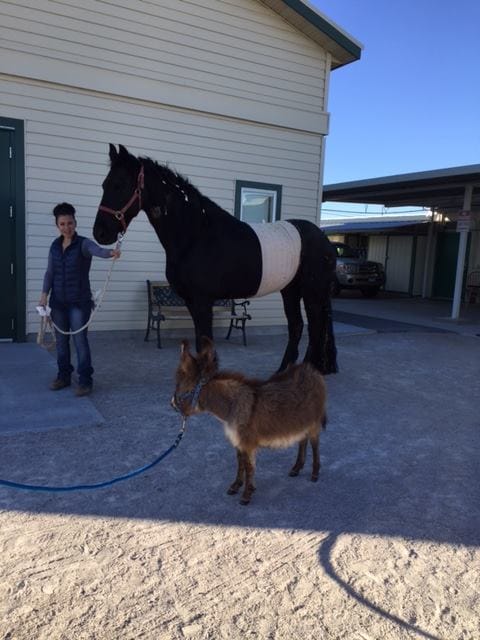 The surgery to save Gryff cost some $17,000 but the Brenden Mann Foundation has made a donation to cover $10,000 of that amount.

LVMP hope to get Gryff back in the streets within a year.