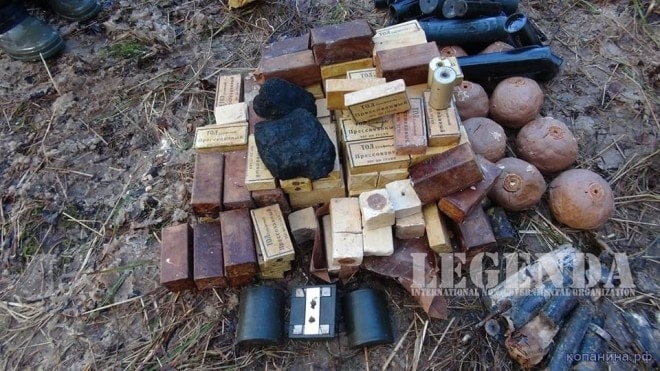 The cache seems pretty impressive and looks like it would need a few sappers to carry it away from its woodland hideout. (Photos: Kopanina)

Taken at face value, this cache unearthed in Latvia has some interesting period items ranging from Soviet grenades to German tools and a French revolver.

According to the Russian language site we found these images on (don’t judge), the Latvian-based Legenda relic hunter group discovered five sealed artillery powder cases while poking around the forests. When unearthed the munitions packed inside led the group to conclude it was a WWII-era cache for saboteurs left behind by the Germans for sneaky persons unknown.

Sure, all the stuff could just be planted for the photo op, but that seems pretty elaborate so we’d like to wish that the magic of it being buried for the better part of a century is the real deal.

Anyway, the Germans’ loss is history’s gain it would seem. 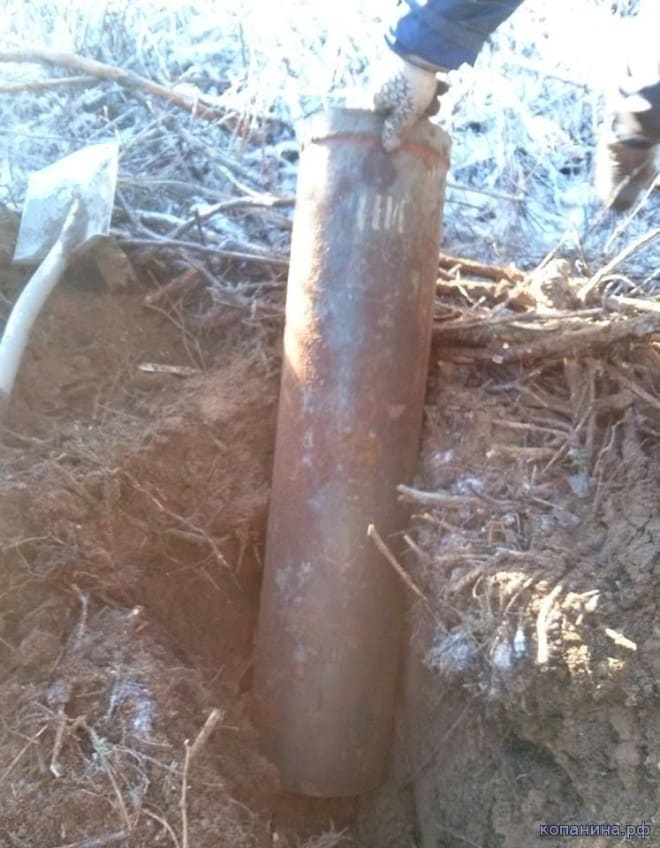 In all, five containers were unearthed 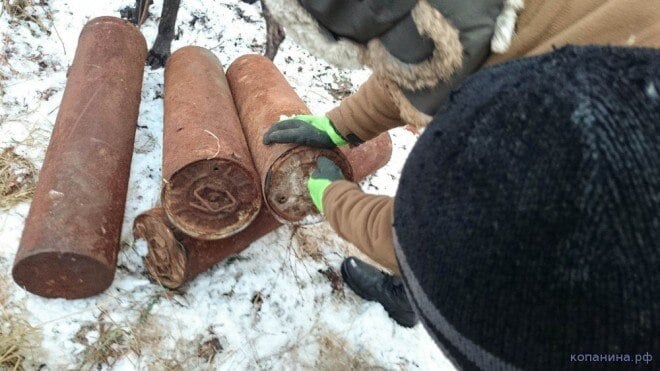 All with their seals still intact. 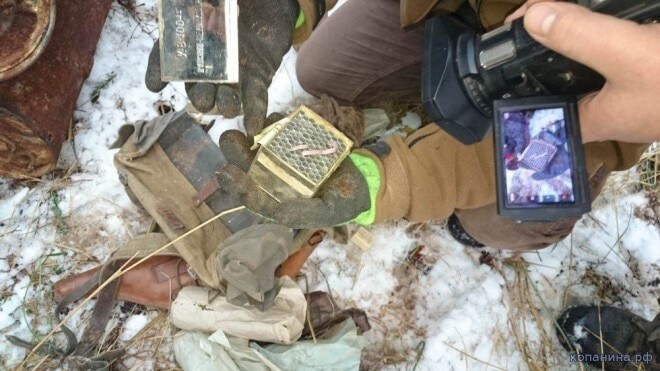 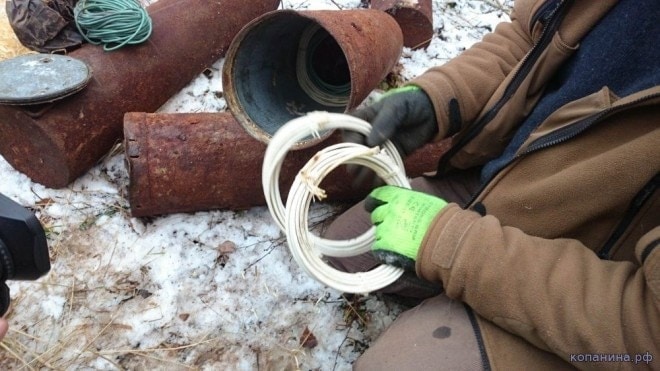 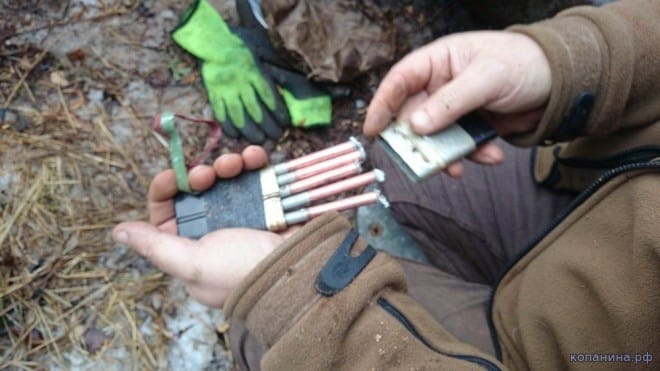 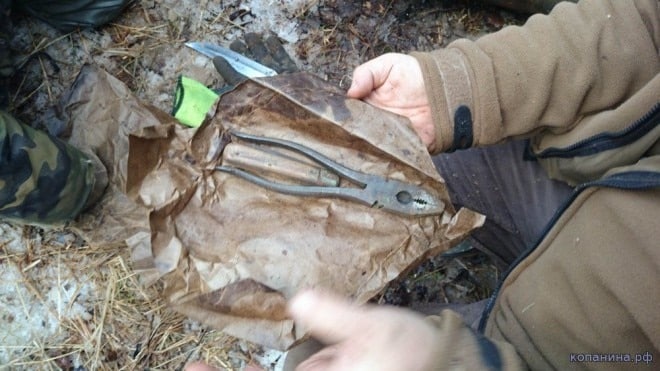 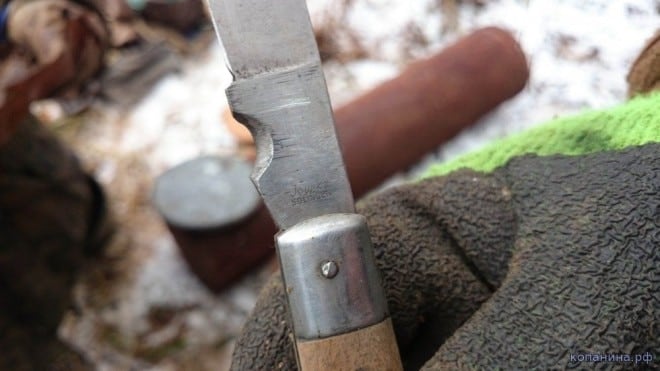 Pocketknife marked “Jowika, Solingen.” The brand dates to before 1930 in Germany. 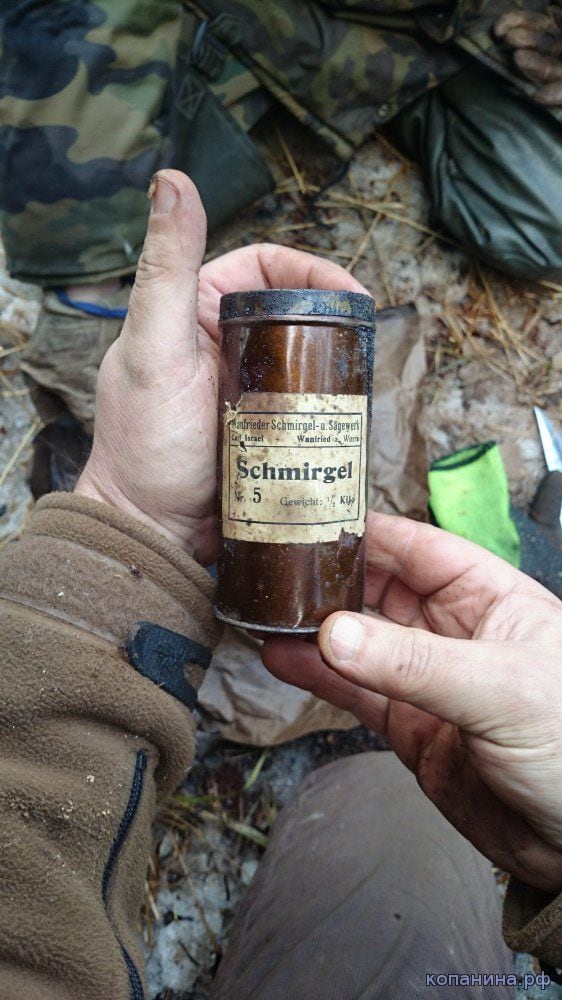 Schmirgel, which is an abrasive. Good for pouring in engine crankcases or in use with explosives. 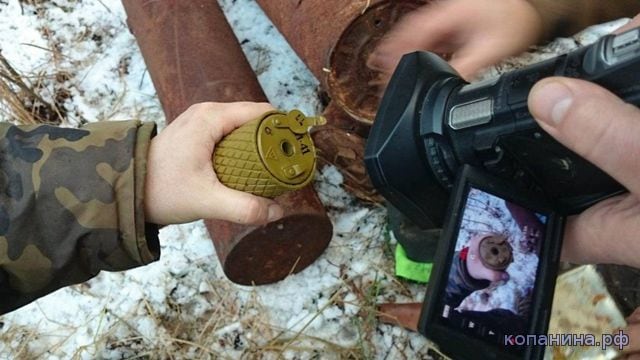 A Soviet RGD-33 anti-personnel fragmentation grenade. These are potato-masher style  offensive grenades and need a fuse inserted as well as a handle attached. The neat thing about these is you could daisy chain a bunch of these together to one handle and throw the whole deal at once like a poor-man’s satchel charge. 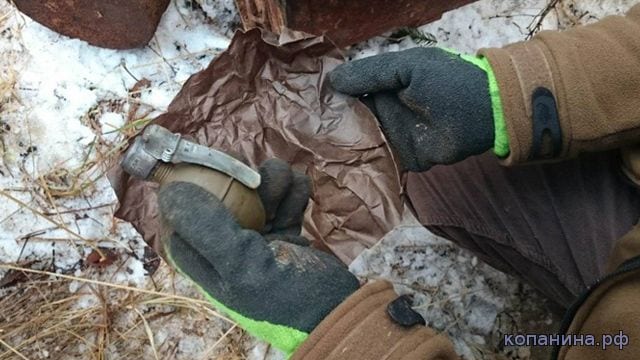 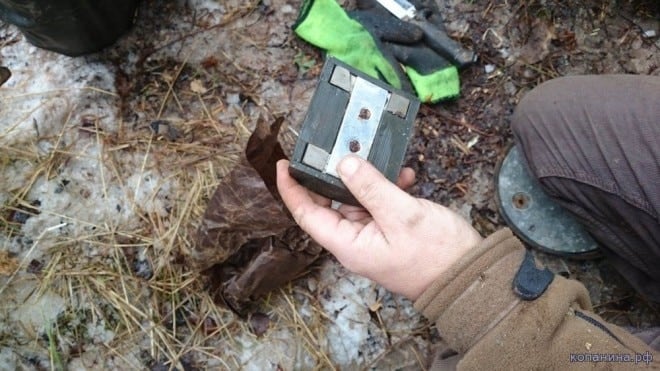 Magnetic mine. Find something metal, stick it, and you are done. 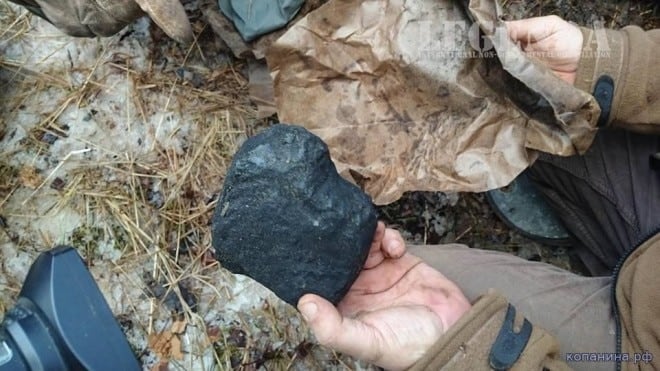 Explosive disguised as coal. Just drop in your local railway yard coal stack and wait for the boom. Sounds pretty neat, but the idea actually dates back to the Civil War. 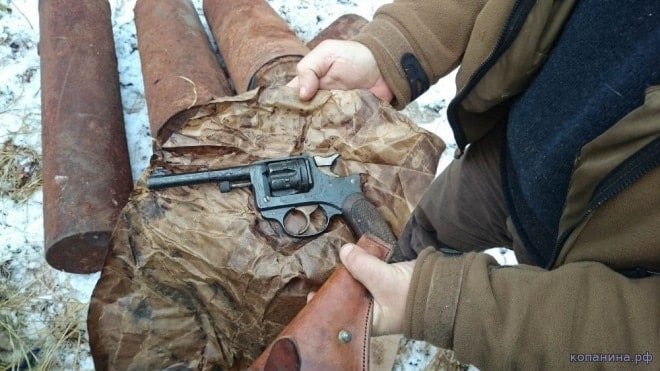 A French M1892 as unwrapped. Like the Soviet and Russian grenades, the Germans captured tons of military supplies during their initial blitzkrieg and put them all to use in one way or another. 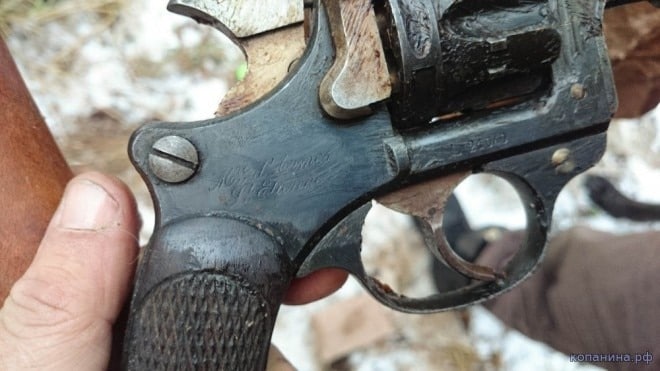 The military-made and marked Saint-Étienne Model 1892 revolver, all cosmolined up. 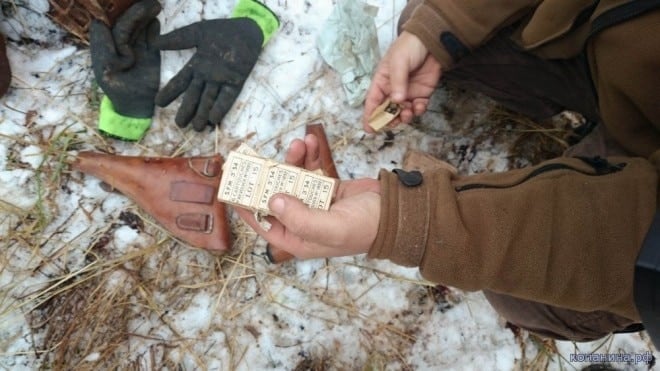 French SFM-marked 1934 8x27mm cartridges for the M1892. Note the leather holster for the gun in the snow. 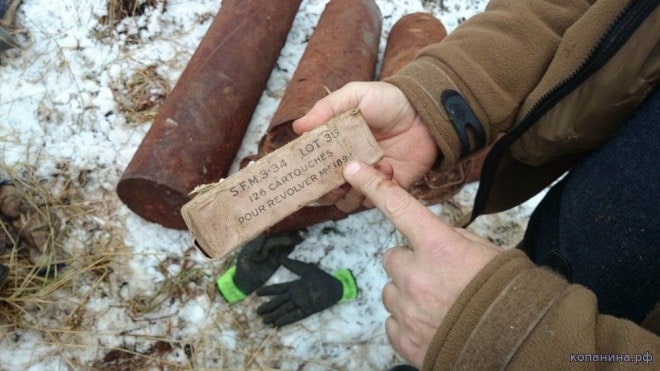 Reverse of the French bullets

According to the group, the items were donated to the Latvian War Museum. Except maybe for a lump or two of coal, which Dimitri kept for practical jokes. That Dimitri…such a kidder.