Half of US homicide victims black, 85 percent killed with guns 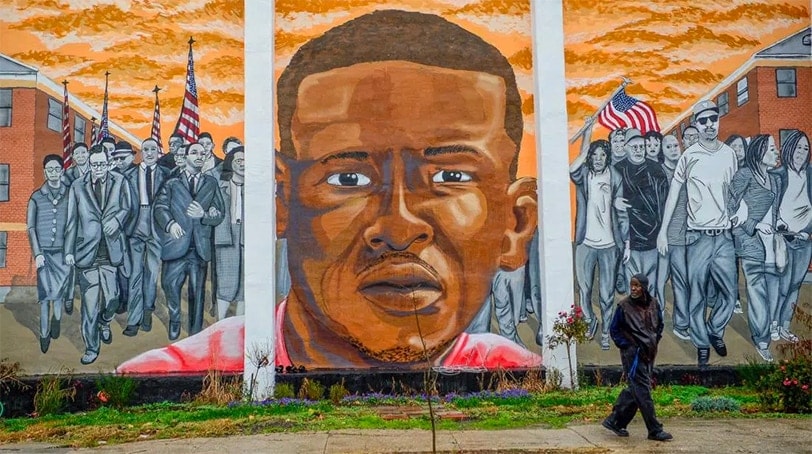 A mural of Freddie Gray in the Sandtown-Winchester neighborhood of Baltimore on Dec. 17, 2015. (Photo: Reuters via Time)

Though they make up only 13 percent of the U.S. population, African Americans account for half of all homicide victims and 85 percent of those cases involve guns, according to the results of a study released Thursday by a national gun violence prevention group.

“In America, black men and women face a disproportionate risk of being murdered, a fact both alarming and unacceptable,” said Josh Sugarmann, executive director of the liberal-leaning Violence Policy Center, in a statement. “Moreover, our study found that the vast majority of these homicides are committed with guns, usually a handgun. We hope our research will not only help educate the public and policymakers, but aid those national, state, and community leaders who are already working to end this grave injustice.”

Sugarmann’s group analyzed 2013 data collected by the Federal Bureau of Investigation and put it into its 10th annual report, which stratifies the information on the state level and ranks those with the highest rate of homicide.

The number of black people killed in the U.S. is disproportionately high when compared to white people, but that rate looks staggeringly higher when comparing the homicide rates in other developed nations.

And it’s not just crime or gang violence that’s causing so many African Americans to be killed. The study also included 140 “justifiable homicides” of black people nationwide by law enforcement in 2013.

Some 68 percent of cases occurred not in connection to any other felony. Of those, 51 percent involved arguments between victim and attacker. Only 15 percent were determined to be gang-related.

In the cases where a relationship between the victim and offender could be identified, approximately 72 percent of black victims were killed by someone familiar to them, the study found.

“The devastation homicide inflicts on black teens and adults is a national crisis that should be a top priority for policymakers to address,” the report states. “An important part of ending our nation’s gun violence epidemic will involve reducing homicides in the African-American community. For black victims of homicide, like all victims of homicide, guns — usually handguns — are far and away the number-one murder tool. Successful efforts to reduce America’s black homicide toll, like America’s homicide toll as a whole, must put a focus on reducing access and exposure to firearms.”