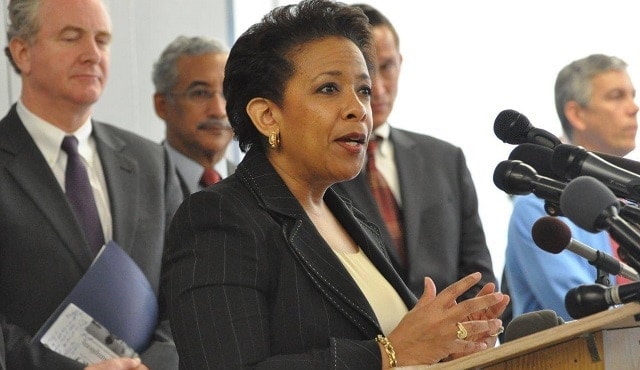 At a recent meeting of the National Association of Attorneys General in Washington, D.C., she called on state AGs to help make NICS “as robust, as accurate and as up-to-date as possible,” by ” removing the legal and technological barriers” that keep some states from reporting fully.

Federal law bars some Americans with criminal records and mental health conditions from owning firearms, and it’s the job of NICS to process firearms transfers from federal firearms licensees in order to ensure prohibited persons are unable to acquire firearms.

At the meeting, Lynch pointed out that the number of records provided by states had increased by 70 percent over the past few years, and said the system would “be even better when the database is more complete.” She added that beginning in March the Federal Bureau of Investigation would for the first time announce the reporting status for individual states.

“The bottom line is the more records that are available, the more that we will all enhance the safety and security of the states that we serve,” Lynch said.

This request for more thorough reporting to NICS comes at a time of record numbers of background checks being processed by the FBI department.

In the past couple years the number of background checks being processed for firearms transfers has steadily climbed, in part leading to a severe backlog of denial appeals, as the entire appeals staff was repurposed to support initial background check processing.

In his 2016-17 budget, President Barack Obama requested additional funding from Congress for the FBI to employ more NICS investigators to address the increased demand, as well as the denial appeals backlog.