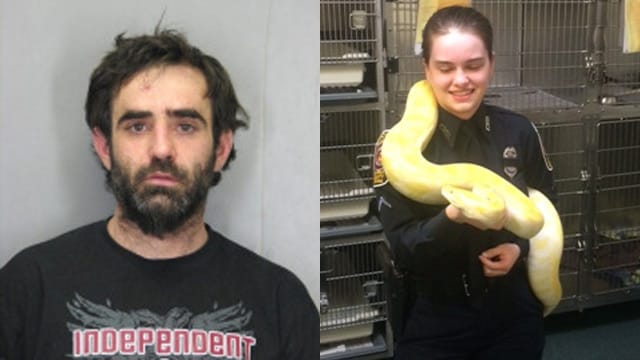 Police arrested a squatter with several handguns and a 6-foot python when they responded to a call about bullets hitting a house Monday morning in Fairfax, Virginia.

Michael Stride, 35, was arrested and charged for shooting into the house next door to the vacant building he was occupying, Fairfax police said.

Officers responded to a call at 4:12 am about a report from a neighbor that someone from the vacant building had been firing bullets at an adjacent house. When police arrived, they found Stride inside apparently “squatting.”

While investigating the incident, officers executed a search warrant and found the guns and the snake.

Stride was arrested and animal control took custody of the snake. Investigators are still looking into the incident.