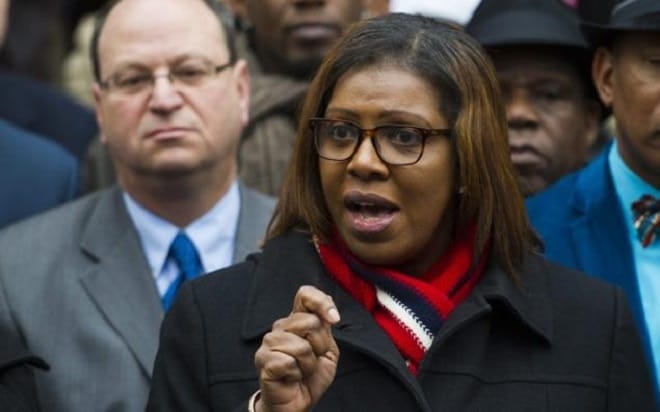 New York City lawmakers with solid anti-gun credentials want in on a lawsuit against the nation’s largest retailer over gun deaths blamed on a Pennsylvania ammo sale.

The deaths, those of Francine E. Ramos, 32, and Trevor D. Gray, 21, both of Allentown, gunned down allegedly last July by Todd West, 22, of Elizabeth, New Jersey, and Kareem Mitchell, 23, of Newark, as well as the murder of Kory Ketrow, 22, of Easton, Pa., are being laid at the feet of Wal-Mart due to how a third man, Robert A. Jourdain, 21, also of Easton, was allowed to purchase ammunition from the retailer a half-hour before the first killing.

As noted by Lehigh Valley Live, Jourdain was only 20 at the time of the sale but was allowed to buy .38 caliber ammunition by store employees at the Wal-Mart in Lower Nazareth Township. While generally individuals under 21 may not purchase handgun ammunition from a licensed dealer, it is unclear if Jourdian was asked if the .38 caliber rounds were for a rifle, which he could have purchased legally, or for a handgun.

This fact, coupled with the allegations that Jourdain was drunk at the time of the 3 a.m. sale, led to a wrongful-death lawsuit filed in the Philadelphia Court of Common Pleas in January by the victims’ survivors.

Now, though none of those involved in the litigation have New York connections, Manhattan Borough President Gale Brewer, City Councilman Jumaane Williams, Public Advocate Letitia James and five Empire State legislators have filed an amicus brief this week in support of the victims’ families against Wal-Mart.

“Walmart must be held accountable for its role in this reckless sale of ammunition,” James said. “We will not allow Walmart and other gun retailers to hide behind federal court protections and sweep their role in gun deaths under the rug.”

James has been vocal on corporate responsibility when it comes to gun makers, asking the Securities and Exchange Commission last December to investigate Smith & Wesson to see if it has violated U.S. securities laws by withholding the information. Further, as a New York City Employee Retirement System trustee, she led the charge last summer to move forward with a plan that could end its investment in companies that sell firearms. NYCERS has some $109 million invested in Wal-Mart, the nation’s largest retailer of firearms, alone.

For its part in the ammo case, Wal-Mart is seeking to have the suit moved to federal court, citing preemptions in place due to the Protection of Lawful Commerce in Arms Act prohibiting such lawsuits at the local level.

Gun maker Bushmaster, currently being sued in Connecticut by a number of victims’ families in the 2012 Sandy Hook Elementary School shooting in Newtown, tried and failed to have that case moved to federal court.