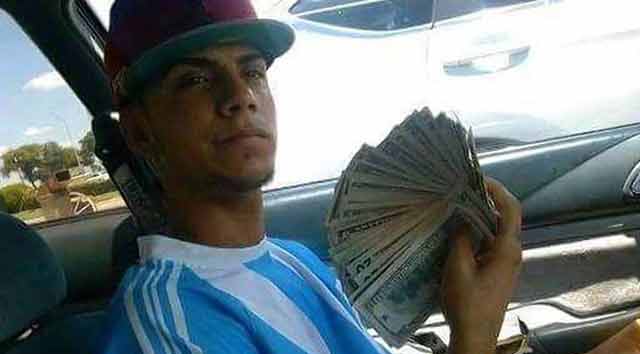 Jorge Brian Gonzalez has a lengthy criminal record and was released from jail less than four hours before he killed a Euless police officer. (Photo: Fox)

As law enforcement and local residents mourn the death of a Euless police officer who was killed in the line of duty Tuesday afternoon, new details emerged revealing that the 22-year-old suspect was released from jail just hours before the fatal shooting.

Authorities believe Jorge Brian Gonzalez set up an ambush at J.A. Carr Park, purposely firing shots into the air to draw police officers to the area with the intention of killing them. Gonzalez’s family, who made no excuses for his actions, said he was a violent, dangerous person and wished he would have been held in jail longer than he was.

According to reports from a local Fox affiliate, Gonzalez, a career criminal with a lengthy and violent rap sheet, was arrested for public intoxication Monday morning just after 11 a.m. The following day, at 11:23 a.m., Gonzalez was released. A short time after being released from jail, he broke into a home, where he stole the guns used in the shooting. Less than four hours later, at 2:45 p.m., police received a 911 call about shots being fired in the park, shots which were fired by Gonzalez.

Both Hofer and Gonzalez were transported to the hospital and efforts to save Hofer were unsuccessful. Both were pronounced dead at the same facility.

Hofer was remembered as an excellent officer who cared about the community he was sworn to protect and serve.

Jennifer Gonzalez, the suspect’s 17-year-old sister, said she and her father remembered Hofer, who, ironically, responded to calls from their home in the past in relation to her brother, who they called David. The family is heartbroken over Hofer’s death, even more so that it came at the hands of David. 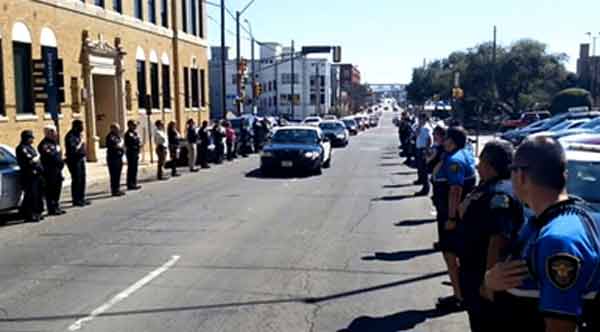 Law enforcement officers and others line the streets to pay their respects to Officer David Hofer. (Photo: Fox)

“My dad said that officer was the best. He was a really good person,” Jennifer said in an interview Wednesday. “He just admired him as a cop.”

David’s father said he lost his son to drugs many years ago. Jennifer added that once he became violent and hit her they no longer wanted him around. They said David’s drug addiction started at just 15 years old and landed him in jail numerous times since. Among the charges David faced were theft, aggravated assault with a deadly weapon and terroristic threatening.

Brian’s father was overcome with grief as he attempted to talk with reporters. With tear-filled eyes, emotionally distraught and barely able to speak, he delivered a simple message to the friends and family of Officer Hofer.