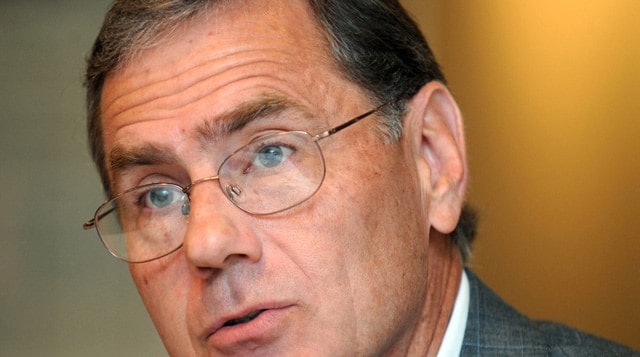 Rep. Blaine Luetkemeyer (R-MO) said the President’s actions would “would unilaterally mandate new gun control measures.” However, many, including gun groups, have said it would have little to no effect. (Photo: Roll Call/Newscom)

Although January’s executive orders do not explicitly prohibit transfers between family members — or private transfers in general, which would take an act of Congress — the President’s measures addressed “gun trusts,” a legal entity that allow owners to add beneficiaries who could be transferred or inherit firearms without a background check.

The bill’s language says the President cannot take action that is more restrictive than those in effect as of Jan. 3, 2016, and describes family as an individual’s “spouse, or a child, sibling, grandchild, or legal guardian.”

Luetkemeyer said he seeks to prevent the President from interfering with families handing down guns “from one generation to the next as treasured heirlooms.”

“This commonsense legislation would simply protect the ability for Americans to transfer firearms to their family members and I am eager to work with my colleagues to move this bill forward,” the Republican lawmaker said in a statement.

Efforts to update rules regarding gun trusts, which were originally designed to eliminate the red tape involved in acquiring National Firearms Act items like machine guns or silencers, had been an ongoing effort. The Bureau of Alcohol, Tobacco, Firearms and Explosives proposed changes to gun trusts in 2013, and the final proposal was released alongside Obama issuing his executive orders.

The results, to the chagrin of advocates expecting harsh restrictions, implemented suggestions from gun rights groups. ATF’s final rule for 41P removed the intimidating step of obtaining Chief Law Enforcement Officer certification before adding an individual to a gun trust and replaced it with a background check and CLEO notification.

Luetkemeyer introduced the Family Firearm Protection Act, designated H.R. 4703, on March 3. The measure was assigned to the House Judiciary committee.

Lawmakers have filed at least two other measures to prevent the executive’s office from imposing restrictions on firearms via executive action.

The Defending Gun Rights Against Executive Overreach Act filed by Rep. Sam Graves, a fellow Republican from Missouri, in January is a two-page bill that would prohibit the use of federal funds to “restrict conduct in relation to firearms.”

And the Second Amendment Defense Act of 2016 filed by Rep. Scott Perry, a Republican from Pennsylvania, the same day Obama issued his executive actions. Perry’s measure seeks to “eliminate the authority of the executive branch” to impose initiatives more restrictive than those already in place.