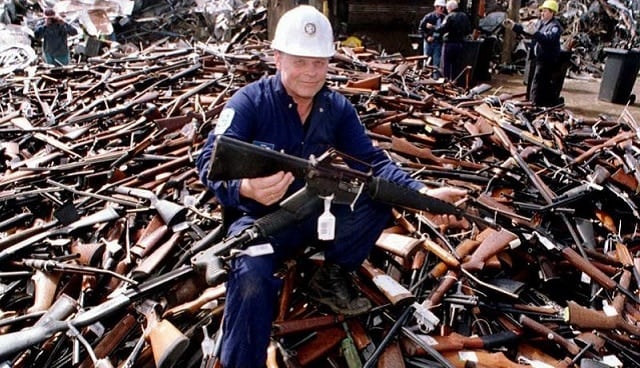 A recently published study taking a look at gun laws and associated violence from around the world has found a trend of lower instances of gun violence following the enactment of firearms restrictions.

The study — published in the February issue of Epidemiologic Reviews, a peer-reviewed scientific journal that covers epidemiology — examined the association between gun laws and firearm-related injuries by taking at look at 130 different studies from 10 countries for the period between 1950 and 2014.

According to the study, which was lead by Columbia University doctoral student Julian Santaella-Tenorio, evidence from the reviewed studies suggested that “the simultaneous implementation of laws targeting multiple firearms restrictions” could be associated with a reduction in deaths from firearms.

The study’s authors looked at studies dealing with law changes in countries including Austria, Australia, South Africa and Brazil, as well as changes in the U.S.

Due to the number of different laws across the world, the study didn’t identify any one specific law that led to a reduction in gun deaths. Instead, the countries with reductions in gun deaths passed packages of several laws, including the banning of automatic weapons, implementing background checks and requiring permits for owning firearms.

Another study reviewed by the authors took a look at Missouri’s 2007 repeal of its permit requirement for firearm purchases, which found that after 2007 the state’s homicide rate jumped 25 percent.

According to the Columbia study’s abstract, “High quality research on the association between the implementation or repeal of firearm legislation (rather than the evaluation of existing laws) and firearm injuries would lead to a better understanding of what interventions are likely to work given local contexts.”

Santaella-Tenorio told Vox that while this didn’t prove that gun control measures reduced gun violence, it appeared there was a connection.

“Across countries, instead of seeing an increase in the homicide rate, we saw a reduction,” Santaella-Tenorio said.

“A study by the CDC of over 50 gun control measures proved that not one of them was effective in reducing violence involving firearms or the misuse of firearms by criminals,” Keane said in an email to Guns.com. He argued that firearm ownership continued to grow even as crime and accidents continued a falling trend.

“Common sense tells us that the way to further reduce violence involving firearms is to enforce existing laws and prosecute and incarcerate violent criminals,” Keane said.