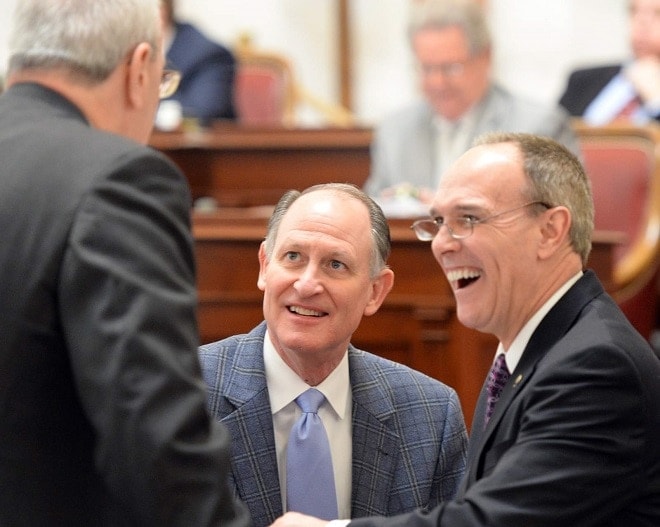 Less than 24 hours after Gov. Earl Ray Tomblin’s second veto in as many years of a bill to allow for constitutional carry, the West Virginia House voted to override.

On Thursday, Tomblin kept his promise and scuttled the measure citing concerns over the safety of law enforcement.

Just hours after adding the veto memo to the House Journal on Friday morning, the delegates voted 64-33 to pass the measure over the veto. The roll call, largely a partly line vote with a few defections and non-voters on each side of the aisle, largely mimicked the proposal’s easy 68-31 win in that chamber last month.

Lawmakers facing the end of session next weekend felt speed was of the essence.

“Well, you know we’re running out of time. Any changes to the bill could possibly give the governor another opportunity to veto. I’m hoping the senate will concur and do the same thing we did an immediate veto and let’s get this thing rolling,” said Delegate Rupie Phillips, D, Logan County, who cast his lot with House Republicans.

The proposal now headed to the Senate, House Bill 4145, will allow those 21 and older who are legally able to possess a firearm under state and federal law to carry one concealed in the state without first having to obtain a permit. Current law mandates an application, background check, proof of training and a $100 fee split between the county sheriff and state police. Open carry without a permit, however, is already the law of the land.

Further, those between the ages of 18-21 would be able to apply for a permit, which current law prohibits.

Senate leaders are set to tackle the measure when that body reconvenes on Saturday at 9 a.m.

“We’ll plan on addressing that tomorrow,” said Senate Majority Leader Mitch Carmichael, R-Jackson, on Friday. “Those who have voted for the bill have expressed a desire to stick with their votes to move forward on a veto override.”

Under state law, only a simple majority is needed to override an executive veto. The GOP controlled Senate passed the measure last month in an resounding 24-9 victory that hints at the upcoming vote as being a forgone conclusion.

Should the upper chamber pass, the new law would take effect in late May without Tomblin’s signature, putting West Virginia in the same club started by Vermont and joined by Alaska, Arizona, Arkansas, Kansas, Maine and Wyoming in the past generation.

Mississippi is on the cusp of approving similar legislation.