The Marines booted an Indiana man from the delayed entry program for his role in harassing and assaulting a black woman at a rally for Republican presidential candidate Donald Trump, The Marine Corps Times reported.

The incident involving Joseph Pryor, a 2015 high school graduate, was heavily documented by patrons at the rally at the Kentucky International Convention Center. 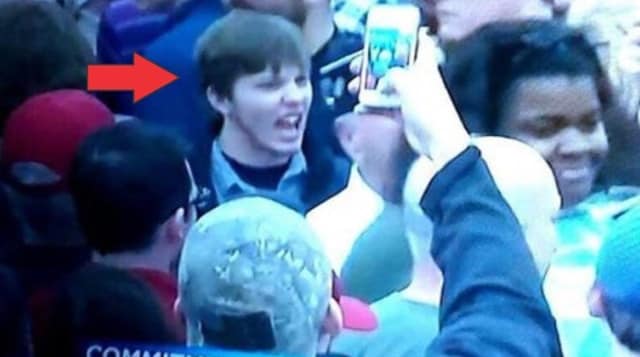 The incident involving Joseph Pryor, a 2015 high school graduate, was heavily documented by patrons at the rally.

“The Marine Corps takes situations like this seriously and does not tolerate individuals being associated with this kind of incident,” said Gunnery Sgt. Andrew Miller, public affairs chief for the 4th Marine Corps District.

“The situation and Pryor’s lack of judgement are unfortunate, so in keeping with our ethos, this command decided to part ways with him,” Miller said. “This command encourages equality across the board, and actions that deviate from our values will not be tolerated.”

The delayed entry program consists of young men and women before they leave for recruit training. Pryor enlisted and entered the program at the beginning of February. It’s unclear when he was scheduled to leave for boot camp.