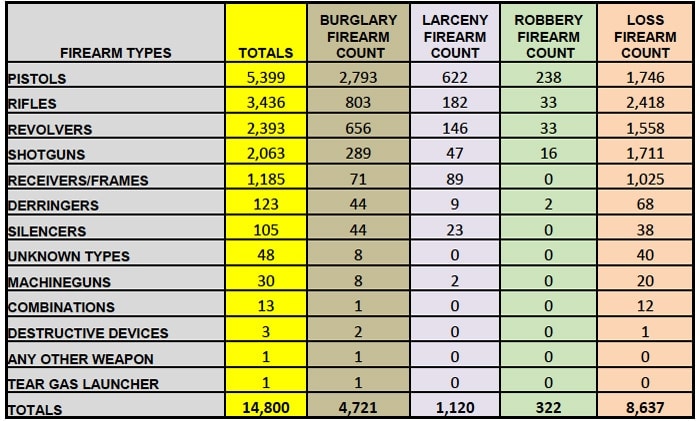 Roughly 15,000 guns were lost or stolen in the U.S. during the calendar year 2015, according to stats released by the Bureau of Alcohol, Tobacco, Firearms and Explosives.

Federal law requires the ATF to compile the stats of firearms either lost or stolen from federal firearms licensed dealers annually. The report indicates types of firearms, how they were stolen, or if they lost.

National Firearms Act items totaled 139 stolen or lost firearms, with silencers making up 105, 30 machine guns, three destructive devices and one any other weapon.

Arkansas reported the most missing firearms with 2,951, including 2,754 reported lost. However, the ATF’s report states that the increase were caused by audits in the state.