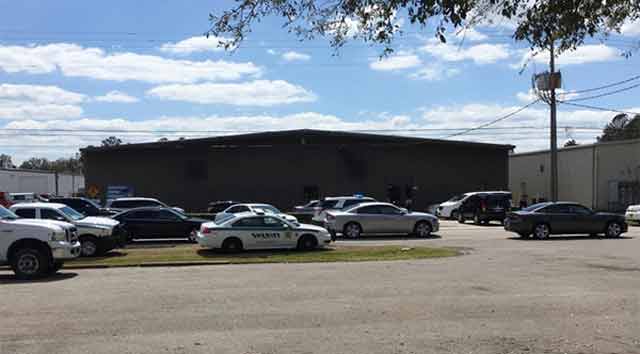 Within five minutes of the first 911 call, police swarmed the business. (Photo: WMAZ)

A 34-year-old man’s attempt at a mass shooting Monday afternoon at a granite company in Orange Park, Florida, was much less tragic than it could have been, thanks, in part, to poor marksmanship and a faulty gun that jammed twice.

Employees at Jacksonville Granite said James Cameau, who had only been with the company less than a month, seemed exceptionally low lately, but they were unprepared for his actions Monday. According to reports from local media, Cameau left abruptly around 10 a.m. Employees believed he had simply taken an early lunch break, but Cameau returned shortly after noon, armed with a semi-automatic handgun.

Cameau walked toward the back of the building, where the company’s 11 employees were standing, and reportedly said, “You better run,” as he approached them. Cameau then attempted to open fire on the crowd, but his gun jammed. He then tried to fire a second time, but again, the gun malfunctioned.

By that point, the employees ran through the building and out onto the front parking lot. But Cameau followed behind them and opened fire for a third time. However, his aim was off and he struck only the cars in the parking lot, leaving none of the employees injured at that time.

Cameau then chased Dean Hagins Jr., a fellow employee, into a nearby neighborhood. Hagins, who ironically saw Cameau arrive with the gun but for some reason believed it was fake and went back to work, was shot in the buttocks while attempting to flee. After shooting Hagins, Cameau then returned to the business and barricaded himself in a security closet, which contained the monitor’s for the business’ surveillance video. 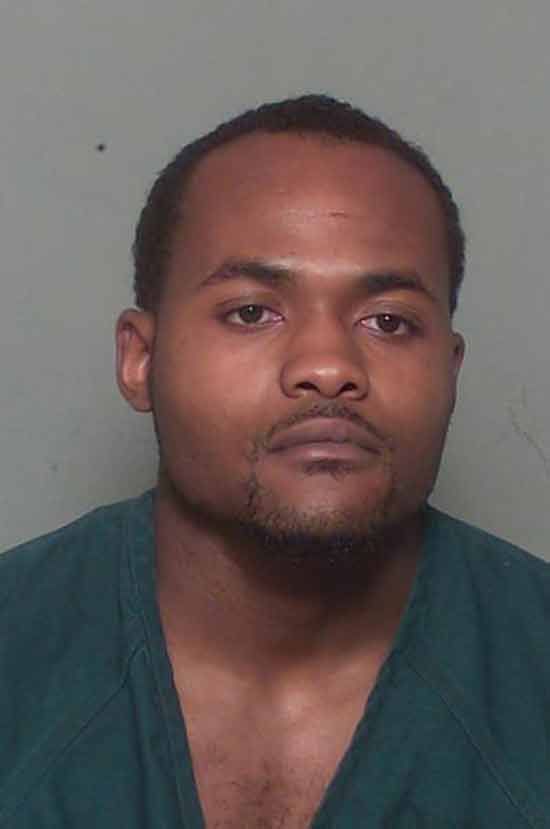 Other than a previous conviction for a DUI, James Cameau had no prior criminal history. (Photo: WMAZ)

Police arrived within five minutes of the start of Cameau’s rampage, and after entering the security closet found Cameau dead from an apparent self-inflicted gunshot wound.

Hagins was transported to the hospital, where he was reported to be in good condition and expected to recover.

At this time, the motive for the shooting remains a mystery. The business confirmed there were no complaints filed against Cameau or anything of the sort.

Other than a prior DUI and a related charge for driving on a revoked license, Cameau had no known criminal history. He was said to be living in a nearby hotel at the time of the shooting.