Eric Garner protesters sue NYPD over use of sound cannon 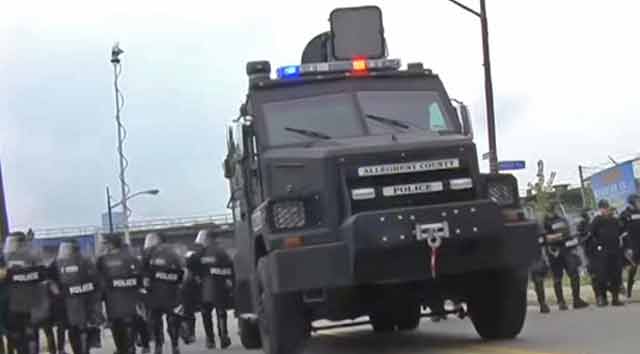 Five individuals who participated in protests over the death of Eric Garner are now suing the New York City Police Department and New York City Police Commissioner William Bratton, citing injuries they claim to have received by sound cannons used by police during the protests.

The complaint was filed Thursday and the incident in question occurred in the early morning hours on December 5, 2014.

According to the complaint, Anika Edrei, Shay Horse, James Craven, Keegan Stephan and Michael Nusbaum received ear damage and now suffer from physical ailments which include migraines, nausea and tinnitus, or persistent ringing in the ears. The plaintiffs claim they were targeted by the NYPD, which used a Long Range Acoustic Device, commonly known as a sound cannon, to disperse protesters.

The device, an LRAD model 100X, can reach decibels of up to around 150, comparative to the sound of a jet taking off from around 80 feet.