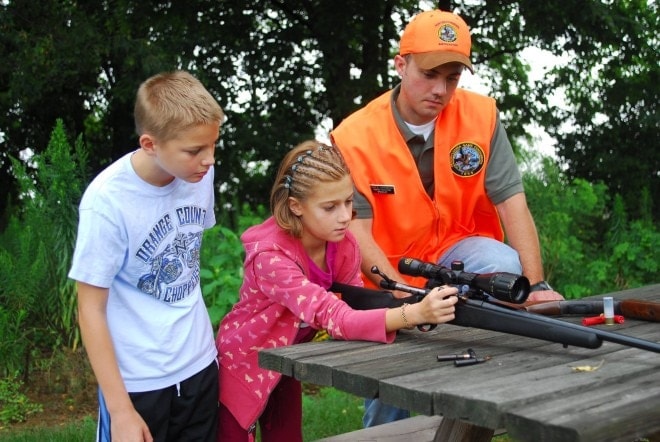 The U.S. Fish and Wildlife Service on Monday announced it would make available over $1.1 billion collected from the long-standing excise tax on the sale of firearms, ammunition, archery and fishing equipment.

The funds are collected through the Pittman-Robertson Wildlife Restoration and Dingell-Johnson Sport Fish Restoration programs, which have mandated taxes levied against manufacturers of hunting and fishing equipment since 1937 and 1950, respectively. This revenue stream can only be used for the benefit of public recreation, education and conservation.

It is a cyclical arrangement known as the “user-pays” model in which those who buy outdoor and shooting sports gear help fund future sportsmen and provide earmarked money to local conservation and safety efforts that would otherwise be unavailable.

“State wildlife agencies play an essential role in the conservation of America’s wildlife, while also generating billions of dollars for the nation’s economy through increased hunting and fishing opportunities. It’s fitting that those very sporting activities help sustain wildlife, their habitats and the agencies that manage them,” said USFWS Director Dan Ashe in a statement emailed to Guns.com. “Our role in administering these funds reflects our long-standing partnership with the states across a broad spectrum of wildlife conservation issues.”

Enacted during the Great Depression, Pittman-Robertson is credited with largely saving the sport of hunting in the country and bringing numerous species back from the brink of extinction. This is due in no small part to the more than $8 billion funneled from the firearms and ammunition industry, through the federal government, and into the various state conservation agencies. In all, some $18 billion has been issued to state conservation efforts since the program’s establishment.

States have chipped in another $5 billion in matching funds over the years.

This, in effect, makes every person that buys guns or ammunition a conservationist.

“Firearms and ammunition manufacturers have long been an integral part of this unique funding mechanism, collecting the excise taxes that hunters and shooters pay on sales of their products and providing those funds to the federal government prior to distribution to state wildlife agencies,” said Steve Sanetti, president and CEO of the National Shooting Sports Foundation in an email to Guns.com.

Moreover, with the boon to the gun industry in recent years, the money available to be distributed has been climbing.

In 2014, $760 million was apportioned by the U.S. Fish and Wildlife Service from Pittman Robertson funds. This is more than twice the $371 million allocated in 2012. Last year, the amount broke $1 billion and is holding steady with the figures released this week.

“Thanks to the significant increase in firearms and ammunition sales in recent years to a growing and diverse participant base, even more funds are being provided in support for conservation, public shooting ranges and hunter education,” said Sanetti. “Our industry is proud that 10-11 percent of the cost of every new rifle, pistol and shotgun, and every round of ammunition sold, goes for these vital programs.”

The latest allocations range from a low of $1.2 million to Washington D.C. to over $50 million for Texas. For a complete list, see the USFWS website.