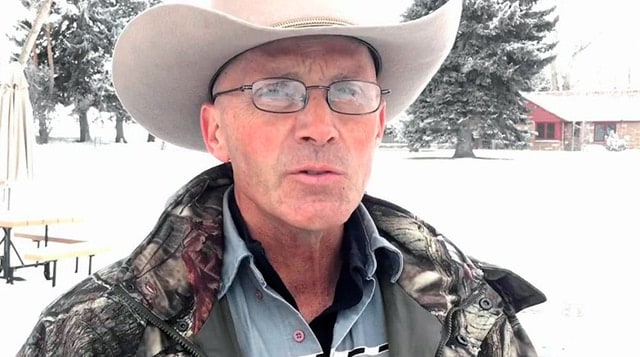 Lavoy Finicum, 54, of Arizona, was the armed rancher who was killed after occupying the occupier of Malheur National Wildlife Refuge in Oregon for more than a month. (Photo: YouTube)

The shooting death of LaVoy Finicum, one of the leaders of the take over at the Malheur National Wildlife Refuge in Oregon, was legally justified, authorities reiterated Tuesday. However, the Justice Department’s Office of Inspector General is investigating two shots that were fired at Finicum that went unreported.

The OIG is investigating members of the FBI’s Hostage Rescue Team for alleged misconduct involved in the Jan. 26 shooting, said Inspector General Michael Horowitz in a statement Tuesday. He said his office would provide more details when the investigation is complete.

“Under the Inspector General Act, the DOJ OIG has jurisdiction to independently review allegations of FBI misconduct,” Horowitz said. “We look forward to working closely with the U.S. Attorney’s Office in Oregon, as well as state and local officials as we review this matter.”

The 54-year-old Arizona rancher was shot and killed as he provoked a confrontation with authorities. Facing a Oregon State Police trooper, Finicum reached for a gun he had in his pocket and was subsequently shot three times in the back by another trooper.

However, the shots under investigation were fired as Finicum exited his vehicle, after crashing into a snowbank at a high rate of speed and nearly hitting an officer, said Gregory Bretzing, special agent in charge at the FBI’s Portland office, during a press conference Tuesday. He added an investigation by local authorities uncovered the shots, which did not strike Finicum.

“The question of who fired these shots has not been resolved,” Bretzing said. “Upon learning this, and given the FBI presence on scene, I immediately contacted our Inspection Division which notified the United States Department of Justice’s Office of Inspector General which is currently investigating this matter.”

The Oregonian reported an FBI agent is suspected of lying about firing the two shots and may have gotten help from four other FBI agents to cover up the details afterward.