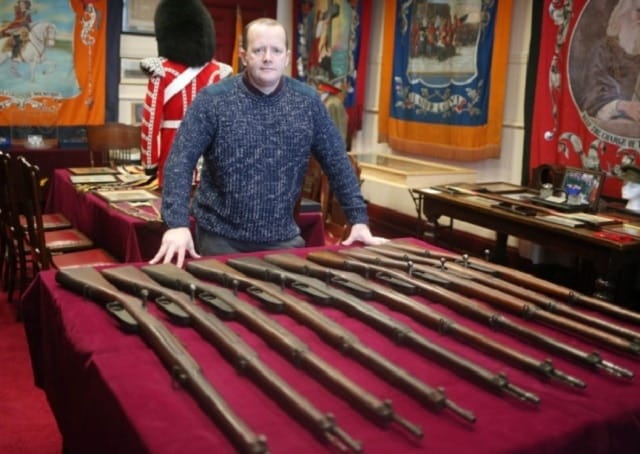 “We were worried at first, as it is not every day that you open a cupboard and you see rifles and ammunition staring back at you,” said Ronnie McDowell. (Photo: Belfast Newsletter)

Ten antique Steyr Mannlicher M1895 rifles believed to have been smuggled into the country from Germany in 1914 were recently discovered in a cupboard.

While the catholic IRA gets all the attention in the news, these guns were part of a shipment of some 25,000 rifles bought in Europe just before the beginning of World War I by the “Red Hand” protestant Orangemen to equip the Ulster Volunteer Force, a group who was the arch nemesis of the IRA and aimed to keep Ireland part of the UK by bullet and bomb if needed. 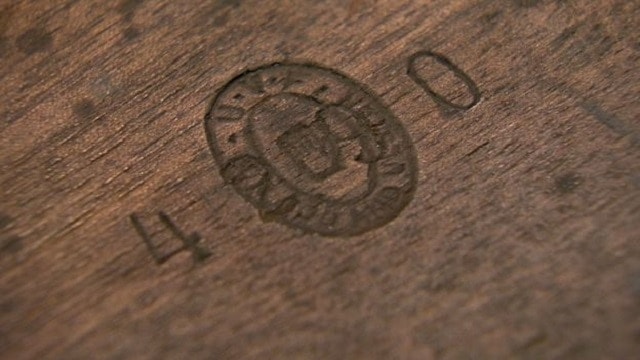 The guns came from Germany on the freighter SS Clyde Valley as part of what is known as the Larne gun-running scheme that included purchases of 11,000 new Mannlicher rifles from Austria; 9,000 surplus German army Mausers; 4,600 Italian Vetterli-Vitali rifles (which were antiques even then); and 5 million rounds of ammunition.

Stashed since 1914, the 10 Steyrs were found in a a dusty cupboard at the Orange Order Hall in Belfast, Norther Ireland back in December, but shown off for the first time this month. 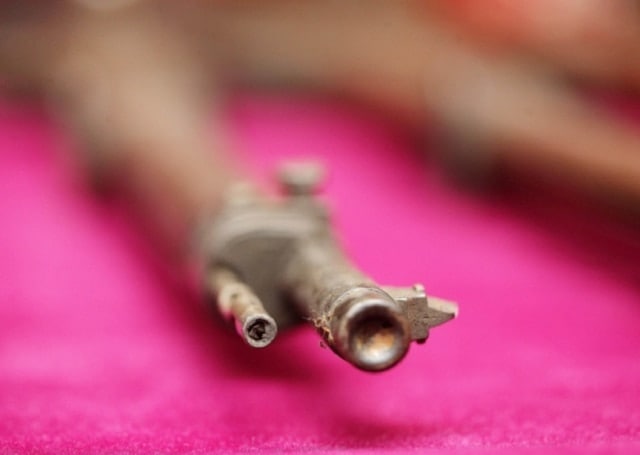 Can you say CLP and a good cleaning rod?

“We opened one of the cupboards expecting to find minute books and banners inside,” Order member Ronnie McDowell told the BBC. “We were worried at first, as it is not every day that you open a cupboard and you see rifles and ammunition staring back at you.”

An Orange Order spokesman told the Belfast Telegraph, ““The weapons were found in a part of the hall that was rarely used and they were clearly not meant to be found.” 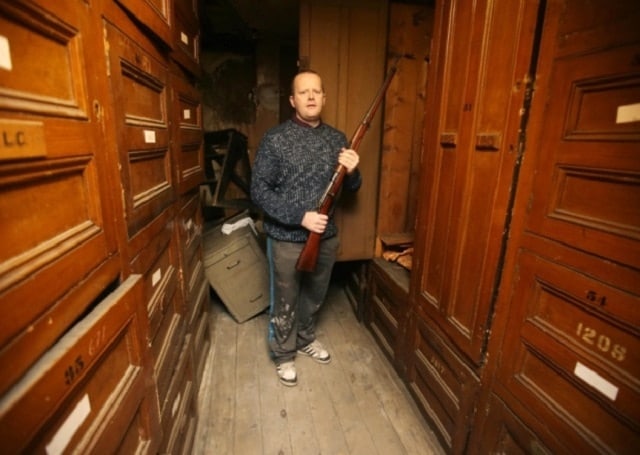 Police briefly impounded the guns, but returned them to the Order after it was verified they were pre-WWI antiques, which are legal to own in the UK.

The Orange Order will display them in their museum.