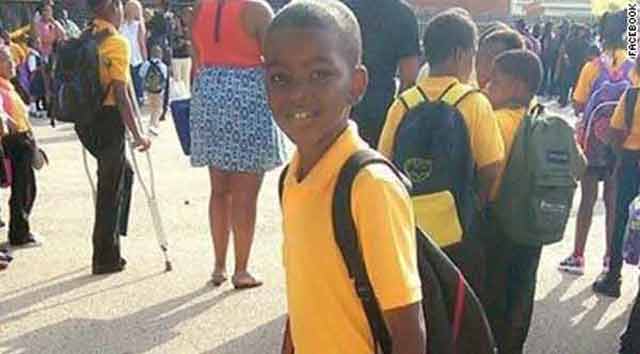 Nine-year-old Tyshawn Lee, whose father is a known gang member, was at a playground when he was lured away by a rival gang member. (Photo: CNN)

A man, who has been jailed since November on unrelated gun charges, was formally charged Monday for his part in two separate shootings in Chicago, including one that was described as authorities by an execution-style murder of a 9-year-old boy.

Dwright Boone-Doty, 22, stands accused of the murder of 9-year-old Tyshawn Lee and authorities think that act was one of revenge, fueled by gang violence. The brutal murder of the child left residents of the Windy City shocked, with some finally — although still fearfully — breaking the city’s infamous no snitching policy, which has for so long left authorities with little to no leads in past homicides.

“This is a crime that shook our city,” said former Chicago Police Superintendent Garry McCarthy shortly after the murder occurred. “It was an act of barbarism, the assassination of a 9-year-old child as a gang retaliation to get back at his father.” 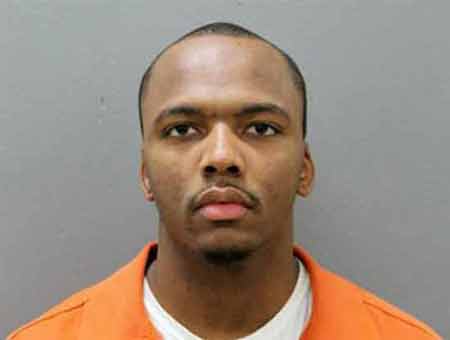 In addition to the child’s murder, Dwright Boone-Doty is accused of a shooting two weeks prior that left one dead and one wounded. (Photo: CPD)

McCarthy noted that the boy “was failed on many, many levels.”

Authorities believe that on the afternoon of Nov. 2, 2015, Boone-Doty approached Tyshawn as he sat on a swing in a playground. The boy, who loved basketball and according to his family almost always had one with him, had sat his ball down when he went to get on the swings. Boone-Doty picked up the basketball, dribbled it a few times, then proceeded to talk with the young boy. Eventually, Boone-Doty successfully lured the fourth-grader away from the playground by promising him he would get him a juice box, while two of Boone-Doty’s accomplices inconspicuously followed nearby in an SUV.

But Tyshawn never got a juice box and, in fact, never lived another day after the encounter. The boy was found some time later in a nearby alley, suffering from a gunshot wound to the head, and bleeding from his mouth and nose. He was soon thereafter pronounced dead at the scene. 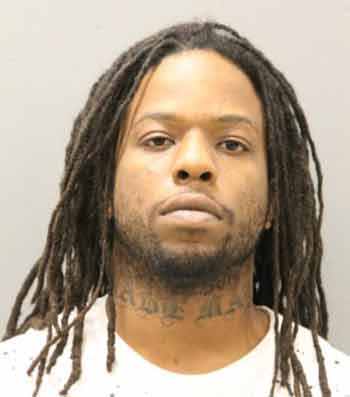 Corey Morgan, whose brother was fatally shot two weeks before the child’s murder, denies he was involved in boy’s death. (Photo: CPD)

An autopsy later revealed the 9-year-old boy was shot point blank, execution-style in his right temple. While in jail, Boone-Doty allegedly bragged to a fellow inmate about the child’s murder, noting that right before he killed Tyshawn, the boy “couldn’t take it no more.” Unbeknownst to Boone-Doty, the inmate was wearing a recording device.

Officials also learned that Boone-Doty originally planned to, not shoot the boy, but instead torture him by cutting off his fingers and ears, according to a report from the Associated Press.

“In nearly 30 years of policing I have never witnessed such a hateful act of treachery and savageness toward an innocent child whose life barely had the chance to flourish,” Interim Chicago Police Superintendent John Escalante said in a press conference Tuesday. “And sadly (Tyshawn) paid the ultimate price for gang violence, senseless gang violence, that plagued his neighborhood.”

A second accomplice, Corey Morgan, 27, is also in custody for the part he played in the child’s murder. The third accomplice, who was identified as Kevin Edwards, remains at large. 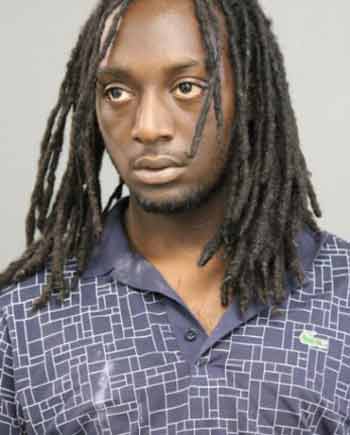 Kevin Edwards is also wanted for the child’s murder and U.S. Marshals believe he may be hiding in Iowa. (Photo: CPD)

All three suspects have prior criminal histories.

Boone-Doty is facing additional charges for a shooting that occurred two weeks before Tyshawn’s murder, killing one and wounding another. In that incident, Boone-Doty apparently thought the two victims were members of rival gangs when he shot them, but as it turned out, they weren’t, and were, in fact, innocent victims of misplaced gang violence.

Authorities believe Tyshawn’s murder may have been in retaliation to an Oct. 14 gang-related shooting that claimed the life of Tracey Morgan, Corey Morgan’s brother. Authorities did not indicate whether they believe Tyshawn’s father, a known member of a rival gang, was involved in that shooting, but said the case was still under investigation.