Man shot in the throat by woman he intended to rob 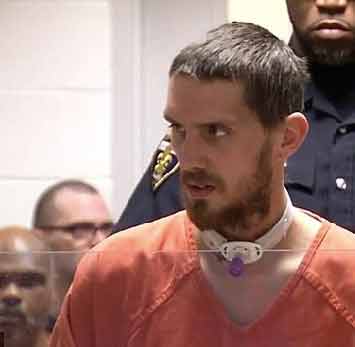 John Ganobick was shot once in throat and once in the buttocks after he attacked a woman in a parking garage. (Photo: WLKY)

A man who allegedly attacked a woman in the parking garage of a Louisville mall appeared in court this week with a tube in his throat, a painful reminder of how the woman fought back and shot him as he assaulted her.

Surveillance video, which was played in court and released this week, reportedly showed John Ganobick following the victim through the mall minutes before the attack, which occurred the night of Jan. 26. According to CBS News, the woman, whose name has not been released, first noticed the man in the mall’s food court around 6:15 p.m., and when she went to leave, he followed her into an elevator.

The woman pushed a button for the sixth floor, then asked Ganobick what floor he needed. He responded by saying he needed the sixth floor as well, and that’s when she began to get very nervous and believed Ganobick, who appeared to her to be high or drunk, was following her.

When the woman exited the elevator, she began to run to her car, but Ganobick chased her, then attacked her in the front seat of her vehicle. She said the man pushed her from behind and put his hand over her mouth before revealing a knife and announcing a robbery.

A violent struggle ensued and the woman said Ganobick pinned her down and pressed his knee against her torso. She told authorities she believed she was going to not just be robbed, but raped or killed as well, and continued to fight back against her attacker.

At some point during the struggle, the car’s windshield was cracked, according to reports from a local ABC affiliate. Soon thereafter, the woman was able to retrieve a Beretta from her purse. She aimed the gun at her attacker and pulled the trigger, but nothing happened. She later told investigators that she continued to pull the trigger until she finally shot Ganobick in the neck. 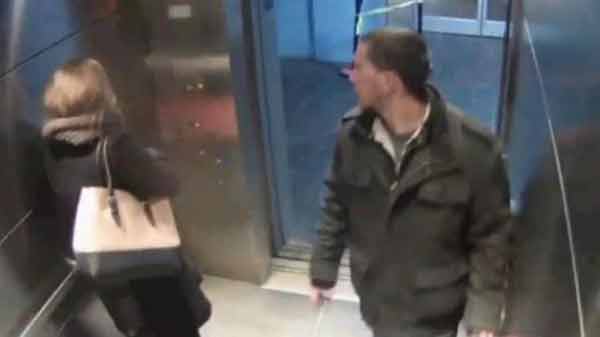 Security cameras captured Ganobick following the woman into the elevator minutes before the attack. (Photo: WLKY)

Ganobick initially backed off after being shot, but when he charged at her again, she shot him a second time. He then left the area and was captured on another security camera coming out of the parking garage, bleeding from his neck.

A witness called 911 and Ganobick, who was on probation at the time of the attack, was transported to a local hospital for treatment. He was later released into police custody and is now facing charges for attempted murder, robbery, kidnapping and criminal mischief. He is being held on a $20,000 cash bond.

The victim suffered multiple injuries during the assault, but was expected to make a full recovery.

Authorities confirmed she has a valid concealed carry permit out of Indiana, which is also recognized in the state of Kentucky.