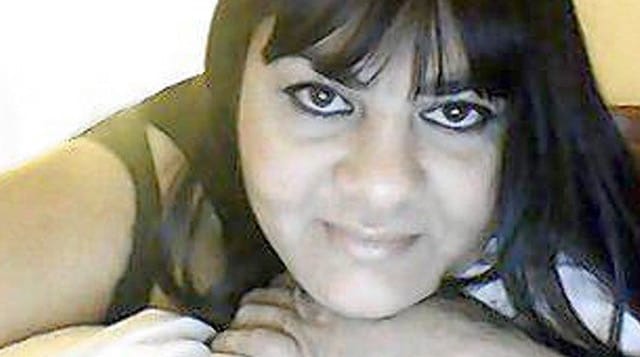 Zina Daniel Haughton was killed by her husband with a gun he bought through ArmsList. (Photo: Journal Sentinel)

A wrongful death suit against gun sales website ArmsList made its way back to a Milwaukee court after roughly four months in the federal system.

Although ArmsList is registered as a business in Oklahoma and operates out of Pennsylvania, the gun seller and insurance companies reside in Wisconsin, according to court documents. ArmsList sought protection from federal statues, but the order dismisses the company’s arguments about jurisdiction and states that the plaintiff’s 11 claims are “state law causes of action.”

The lawsuit argues ArmsList is liable in the 2012 death of Zina Daniel Haughton because it created a marketplace where her husband, Radcliffe Haughton, was able to buy a gun. Days before sale, a court had issued him domestic violence restraining order that prohibited from possessing firearms.

Zina Daniel Haughton along with two of her co-workers were killed and four others injured on Oct. 21, 2012, when Radcliffe Haughton opened fire inside her work, Azana Spa and Salon, in Brookfield, Wisconsin. Radcliffe ended the massacre by committing suicide.

Weeks before the shooting, on Oct. 3, 2012, police escorted Zina to a hotel after Radcliffe assaulted her in their home. That same day, officers followed her back to the house so she could grab some personal items and then she went to work. However, Radcliffe, armed with a knife, confronted her in the spa’s parking lot. While she took shelter inside the building, Radcliffe slashed the tires of her car. He was arrested a short time later that day for the incident.

The next day, Zina signed a contact prohibition allowed Radcliffe to contact her only law enforcement or an attorney. On Oct. 8, 2012, Zina filed a petition for a restraining order, which the court granted. During a court session on Oct. 18, 2012, Radcliffe was barred from possessing firearms until 2016 because the court found “clear and convincing evidence” that he might use a gun to harm her.

On Oct. 19, 2012, Radcliffe responded to an ad for a handgun posted on ArmsList. Two days later, he met with the seller, Devin Linn, in a McDonald’s parking lot in Germantown, Wisconsin, and bought the gun for $500. Despite Radcliffe’s erratic behavior, Linn facilitated the sale without a background check, the lawsuit says.

According to court documents, Radcliffe’s search for firearms “took place exclusively on ArmsList.com” and he used the site’s search functionality to exclude ads posted by licensed dealers, which would have required him to undergo a background check. Radcliffe also posted a “want to buy” ad where he stated:

Looking for a handgun that is 300obo. I’ll post a few handgun that I’m interested in, I’ve had these pics for a long time that I got off google. Looking to buy asap. Not looking for compact handguns, maybe sub-compact, prefer full size. Any caliber is ok, hoping it has a high mag capacity no less than 9, tell me what’s all included with the handgun, ammo, accessories, etc. I’m a serious buyer so please call me asap. Have cash now and looking to buy now. I am mobile.

Radcliffe’s “extreme urgency, lack of discernment, and preference for a high-capacity magazine” should have raised red flags, the lawsuit argues.

Attorney’s representing Yasmeen Daniel filed the case just days after winning in a Wisconsin court with a verdict that ruled against a Milwaukee gun store for selling a handgun that ended up in the hands of a 18-year-old criminal who used it to injure two officers. Attorney’s with Cannon & Dunphy argued employees at Badger Guns looked past a number of red flags before facilitating the sale — they sold a handgun to someone not legally old enough to buy it. The ruling yielded a $6 million payout.

ArmsList has defended itself and won in federal court before. In August 2014, the U.S. Court of Appeals for the 7th Circuit ruled the website had no liability in the 2011 murder of a Chicago woman by her stalker. The culprit, responding to an ArmsList ad, drove from Canada to Washington to buy the gun, and then to Chicago. Plaintiffs in the case argued Armslist was designed to encourage users to circumvent existing gun laws by allowing potential buyers to find sellers in all states, but the court said the website enables “consumers to use a legal service,” which does not invite patrons to break the law.