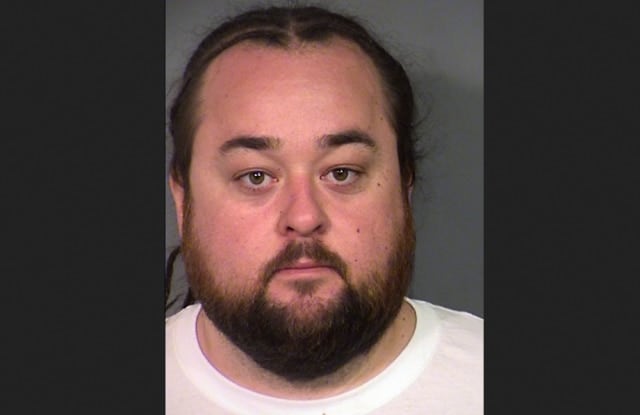 Austin Lee Russell, better known as “Chumlee” from the “Pawn Stars” television show, was arrested on a list of drug and gun charges on Wednesday.

Booked into the Clark County Detention Center on 19 charges related to drug violations as well as a single charge of possessing a gun by a prohibited person after a raid on his home by Las Vegas Metro Police, the reality TV star was under investigation for a sexual assault, though not charged with one.

As noted by the Las Vegas Journal Review, Russell, 33, only has a public record of minor traffic offenses which leaves unsatisfied questions as to why he was charged as a prohibited firearms possessor.

A regular comedy relief on Pawn Stars, which has aired on the A&E Network and the History Channel since 2009, the network has declined comment, however his coworkers are sticking by his side.

“We don’t have details yet but are here to help Chumlee however we can,” Pawn Stars co-star Rick Harrison said.

Russell’s bail is set at $62,000 and an in-custody search of the Clark County Jail’s database on Thursday does not show him listed as a current resident.

Known for his relatively large twitter following, Russell has been radio silent since March 7.