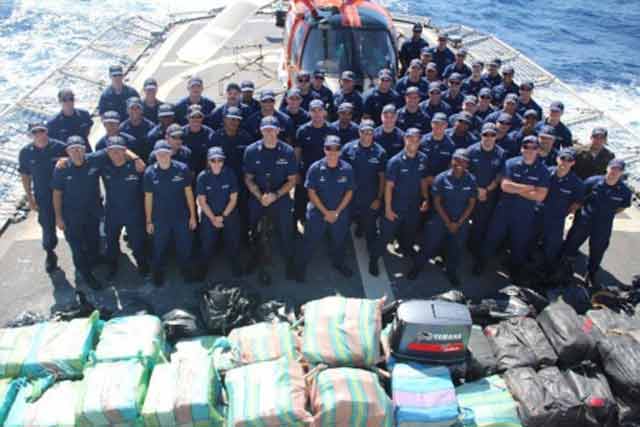 Thanks to the vigilant efforts of the United States Coast Guard, some 4.7 tons of illegal narcotics, worth more than $141 million, will never see their way to American streets.

The Coast Guard cutter, appropriately named Valiant, returned to Florida this week, after an eight-week deployment in the Eastern Pacific Ocean, carrying the massive haul of illegal drugs that were seized from eight separate ships.

“Eight interdictions in a single deployments is incredible,” said the commanding officer of the Valiant, Cmdr. Adam Chamie. “This patrol represents the most interdictions by a Valiant crew in her 49-year history. We were all very proud to be a part of it.”

According to the Coast Guard, the Valiant is the USCG’s largest cutter vessel, measuring in at 210 feet, with a 75-man crew. Last year, the cutter seized nearly 4 tons of illegal narcotics with a street value of around $117 million. A nice catch, for sure, but dwarfed by their most recent run.