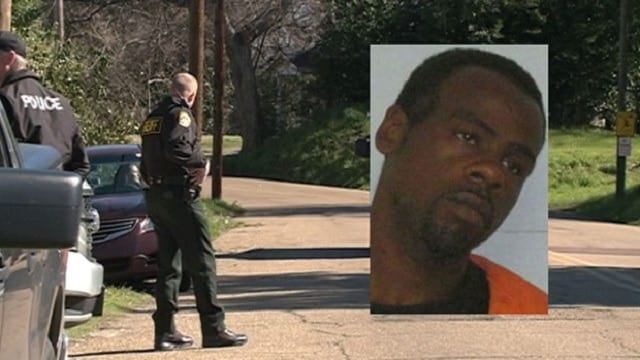 Raphel McCloud, a prison escapee with a history of charges to include capital murder, sexual battery, rape, arson, home invasion, being a felon in possession of a firearm and grand larceny auto theft, was killed by a hostage he took Thursday morning. (Photo: WAPT)

Authorities in Vicksburg, Mississippi are confirming that Rafael McCloud, who released himself from a local jail, is dead at the hands of a person whom he took hostage in their own home.

McCloud, 33, who took a guard hostage with a shank to escape from the Warren County Jail on March 2, was facing the possible death penalty for the kidnapping and murder of a 69-year-old woman.

However, an unidentified area homeowner may have saved prosecutors the trouble and ended McCloud’s life Thursday morning after a home invasion that turned into a hostage incident.

As reported by the Vicksburg Post, McCloud allegedly entered a home on Fort Hill Drive near the Vicksburg National Military Park through the garage door around 4:30 a.m. after a resident opened it to go to work. While holding the man, a woman and a toddler hostage, one of the adults managed to retrieve a gun and shoot McCloud to death.

The Post is reporting the male resident suffered non-life threatening injuries from a stab wound while the female was hit in the head but did not require treatment.