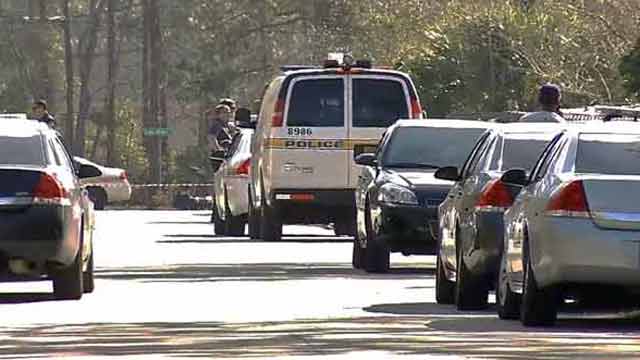 The suspect apparently fled when he heard sirens in the distance, but was found a short distance away. (Photo: News 4 Jax)

A man was shot and killed by a disgruntled employee at a Jacksonville landscaping business Wednesday morning, but other employees say the incident could have been much worse had it not been for an armed employee who held the shooter at gunpoint.

Ezequiel Lopez, 24, showed up at B & L Landscape Company armed with a gun, walked up to his supervisor, 55-year-old Andrew Little, and shot him in the back. Witnesses said the two then became involved in a tussle and both fell to the ground. At that point, Lopez tried to shoot Little a second time, in the head, but his gun apparently jammed, and that’s when another employee intervened.

“I get out of the car and everybody’s screaming, active shooter, active shooter,” Joseph Curry, who was just arriving to work at the time of the shooting, told local media. 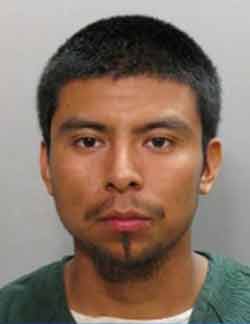 Curry said he saw Lopez, who picked up a bat after his gun malfunctioned, before he noticed Curry.

He said he kept his gun trained on Lopez and by that time he could hear the sound of police sirens in the distance. At some point, however, Lopez fled and Curry did not take a shot at him.

Chris Dick, 24, another employee, heard the gunshot that struck Little. He said his prior military training kicked in and he went to check on the supervisor. Dick said found the entry wound, but couldn’t locate an exit wound. He then checked for breathing and a pulse, but found neither. Little was pronounced dead at the scene.

Authorities caught up with Lopez a few blocks away, where he was arrested without further incident. He is now facing charges for first-degree murder. He is being held without bond.

Lopez, who is an illegal immigrant, apparently told detectives that Little treated him differently form the other employees and also paid him less. He said he felt disrespected by Little.

Dick said he wants to use this tragedy as a starting point for a conversation about letting individuals with concealed carry permits carry in more places.

“People are going to want to defend themselves– which I support,” Dick said. “You should have the feeling of protection.”

It’s unknown if the company had a no weapons policy.