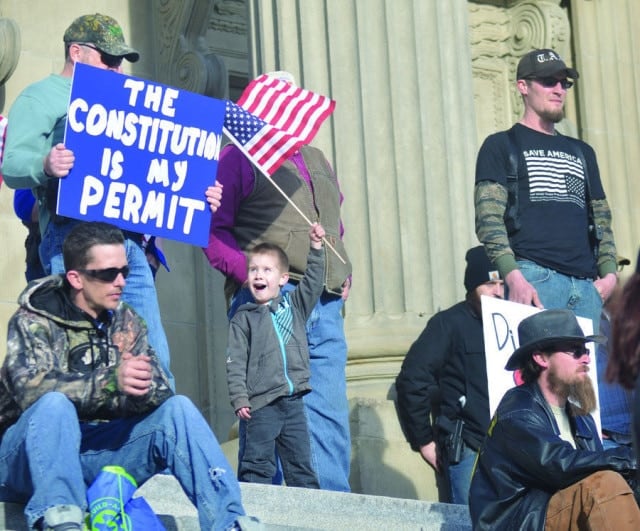 Although a bill to allow concealed carry without a permit has stalled in the House, a new one introduced last week in the Senate is gaining support from law enforcement groups.

Idaho long allowed permitless concealed carry outside of city limits for those involved in hunting, fishing, or outdoor activities and in 2015 dropped the sporting requirement as a prerequisite – however, carry inside cities still requires a permit.

Under the proposed Senate legislation, carry laws would largely homogenize across the state, allowing those over 21 who are legally able to possess a firearm to carry a concealed handgun statewide without first obtaining a permit, while those between 18 and 20 could still carry them outside of city limits and apply for a permit for carry in those urban areas.

The House bill, which has been stalled in committee since its introduction in January even after 1,000 gun rights advocates marched on the Capitol Building in Boise last month, set the bar at 21 across the state both in urban and rural areas. Framers of the Senate measure saw that as a sticking point.

“And, frankly, I think that was a valid concern, and there really wasn’t the intent to change that,” said bill sponsor Sen. Curt McKenzie, R-Nampa.

McKenzie’s bill has the support of the Idaho Freedom Foundation, National Rifle Association, Citizens Committee for the Right to Keep and Bear Arms, and – most importantly – the Idaho Sheriffs Association.

In many states that have seen failed attempts to implement constitutional carry, opposition from law enforcement lobby groups due to safety concerns were a contributing factor.

“We are pleased that the sheriffs in Idaho have come out in favor of permitless carry,” Idaho Second Amendment Alliance President Greg Pruett said Thursday. “We want the sheriffs and other law enforcement to know that we will fight for uniformity in our laws to make their jobs much easier. But we will fight for the expansion of rights to make it uniform and we know that they will be on board with that as well.”

The measure will be subject to a public hearing Monday morning in the Lincoln Auditorium at the Capitol in Boise before the Senate State Affairs Committee.