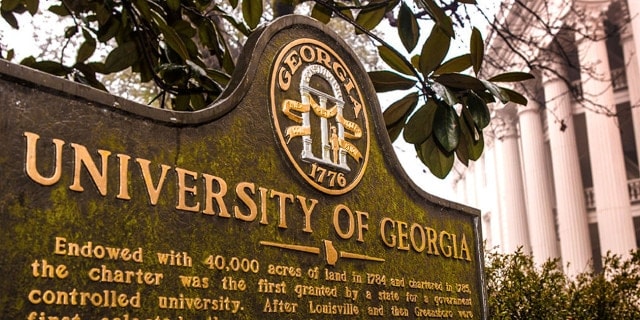 Gun free zones on many campuses across Georgia could soon grow smaller if Gov. Nathan Deal gives his signature to a bill headed his way. (Photo: uga.edu)

The Georgia Senate on Friday gave resounding approval to a bill that would allow concealed carry on public college and university campuses in the state.

The legislation, which passed the House in a GOP-heavy 113-59 vote on Feb. 22 and won the Senate by 37-17 last week, would allow licensed concealed carry on campuses except in buildings or property used for sporting events and student housing. Backers of the measure are downplaying arguments from opponents that more guns on campus will lead to more violence.

“This bill isn’t about violence,” said sponsor, Rep. Rick Jasperse, R-Jasper. “We are talking about Georgians over 21 who have had background checks and done the right things throughout their lives and now have the ability to carry a weapon in our state, and that is the key group we are looking at.”

The legislation, HB 859, would allow those with a Georgia Weapons License to carry a concealed handgun in or on most buildings or property owned or leased by a public post-secondary school in the state. Exceptions would remain in place for sporting arenas and stadiums during ticketed events and for student housing such as on-campus dorms, sororities and fraternities.

Besides stiff opposition from Democrats, newspaper editorial boards and gun control groups, the state university system’s Board of Regents as well as a wide array of faculty have voiced concerns over the measure.

“More guns do not make for a better classroom learning environment,” wrote Georgia Tech computer science professor Ellen W. Zegura to the Atlanta Journal-Constitution. “More guns mean more potential for violence. How could that be good for learning, the core mission of the university?”

Gun rights advocates, on the other hand, contend the move is a long time coming.

“It has never made any sense that someone can be trusted to carry a concealed sidearm only in certain places while they are prohibited in other places,” Second Amendment Executive Vice President Alan Gottlieb said in a statement. “Someone who goes through the process of obtaining a concealed carry license, including a background check, is not going to be any less responsible on a campus than he or she would be at, say, a shopping mall or grocery store.”

The legislation is expected to be transmitted to Gov. Nathan Deal’s office this week and the pro-gun Republican has spoken in favor of the reform.