Authorities in the West Bank in two separate raids turned up gun smith tools and a small cache of 15 illegally made Swedish K type submachine gun clones, which look way different from the original.

The Times of Israel is reporting that Shin Bet, which is Israel’s equivalent of the FBI, together with troops from the Israeli Defense Forces is raids earlier this month on locations in the Palestinian cities of Yabad and Nablus, located a number of locally made burp guns with ammunition as well as the machinery to produce both.

According to the report, the guns were based off the Carl Gustav, though they appear to be updated with M4 style stocks because, hey, this is 2016. 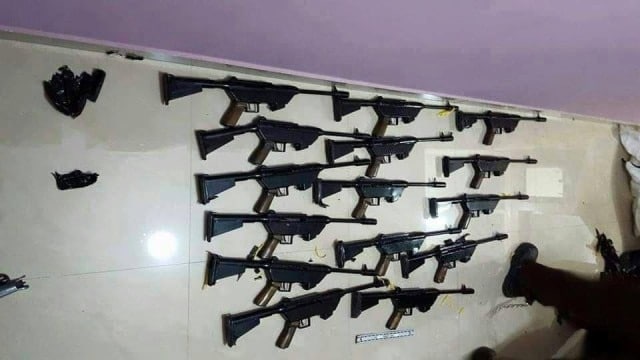 The guns, being the product of underground smiths, are an evolution of the original design with a more HK-style grip and an M4-ish buttstock. Plus they seem to have a Cutts-style compensator/front sight that is an homage to the Thompson. Talk about four great tastes that don’t taste great together. (Photos: IDF)

These homebrew plumber’s dreams are a far cry from their Scandinavian grandpa.

Produced by Carl Gustav SG for the Swedish Army, in its day the M45 submachine gun was well received and considered the top of the line when it came to compact power. It was designed during World War II, put into production in 1945 (thus the M45 designation) and labeled the Kulsprutepistol. While Sweden was its primary user, several examples were acquired for use by the U.S. government for use in Vietnam and while in American hands, this long and near-unpronounceable text simply became “The K Gun.”

Sweden cut off the supply to Washington in protest over U.S. policies in Vietnam but the K went on to be produced by Smith and Wesson as the M76 domestically. Egypt produced them as the “Port Said” subgun and they keep turning up in old weapon’s caches in the West Bank dating back to the 1950s– sometimes in pretty rough shape (link in Hebrew). 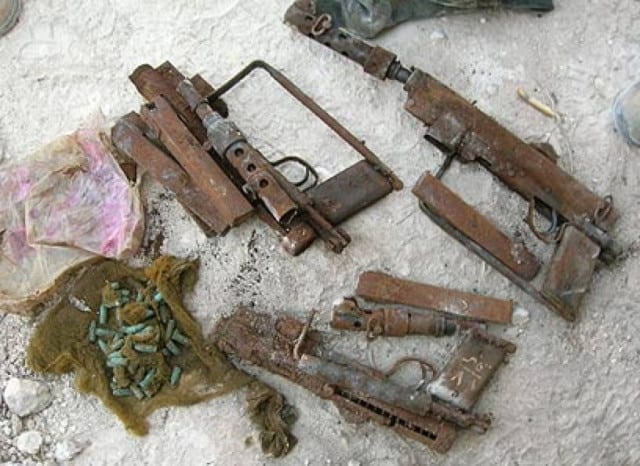 A little Ballistol aught to clean these right up…But note the differences in these licensed copies, with their round trigger guard and folding wire stock, from today’s more clandestine versions.

With a long history of using these simple to make subguns, Palestinian gunsmiths have been cranking out their own version for years.

As noted by the Times, indig Carl G’s have been used in the slaying of a border police officer in February, a drive by in East Jerusalem that led injured two police officers, and an attack on a rail stop near the New Gate of Jerusalem’s Old City by two terrorists that left an elderly Arab man injured. 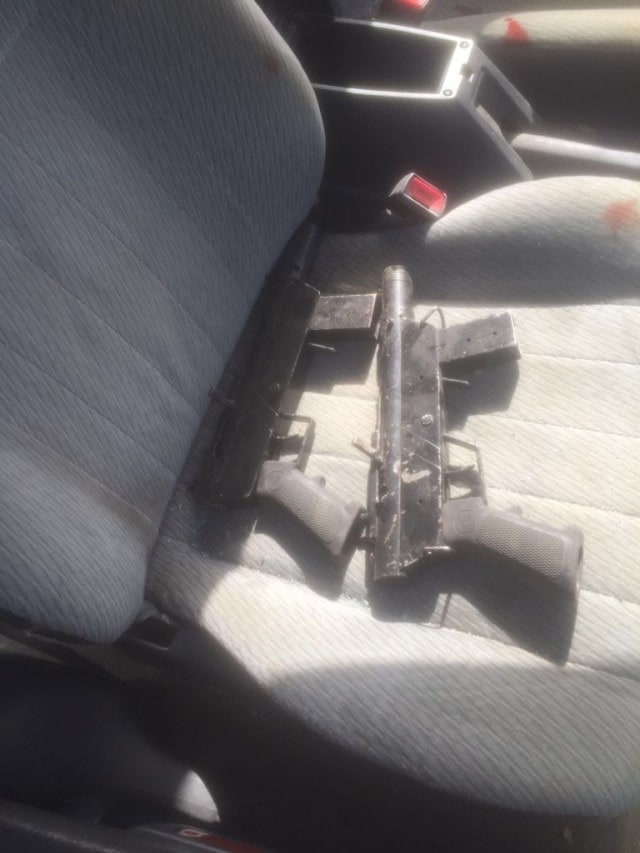 Guns recovered in the Jerusalem attack. Note, without the full sized barrel, sights or stock these are very compact. Notably, the terrorists who used these, however, did not do much damage. Note the AR-style pistol grips, which are different from the grips in the weapons seized above.

Even with the factory closed, there seem to be a few still left in circulation– or the possibility that there are other workshops still in operation.

A stockless version similar with an abbreviated barrel similar to the two from the Jerusalem attack was captured along with a vintage Beretta M1934 from two Palestinians attempting to ram an IDF checkpoint this week. 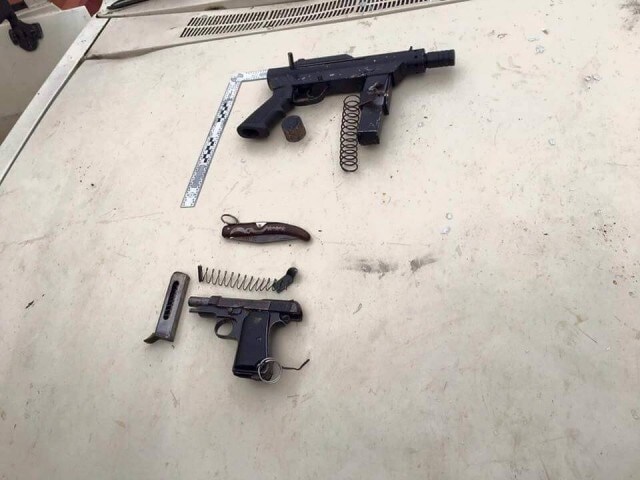