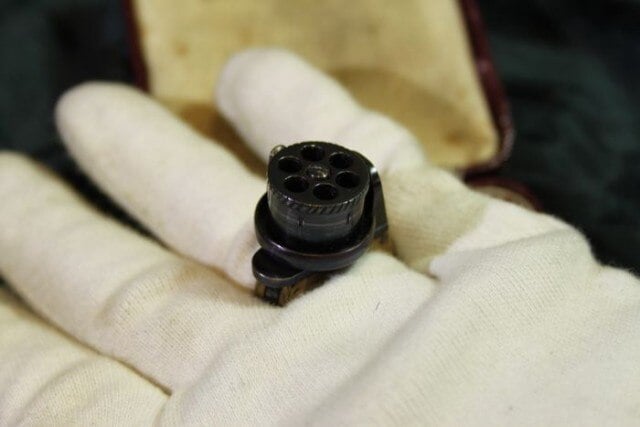 “Le Petit Protector” dated from a time when the pinfire was in common use and horse and buggies were the Lyft and Uber of the day (Photos: Catawiki)

European online auction house Catawiki has a rare French-made pinfire revolver up this week that provides a modicum of self-protection in a handy bauble.

Although the auctioneer describes the gun as “A beautifully made and intriguing fantasy piece,” the French-made Le Petit Protector was the first documented example of a functional ring gun. 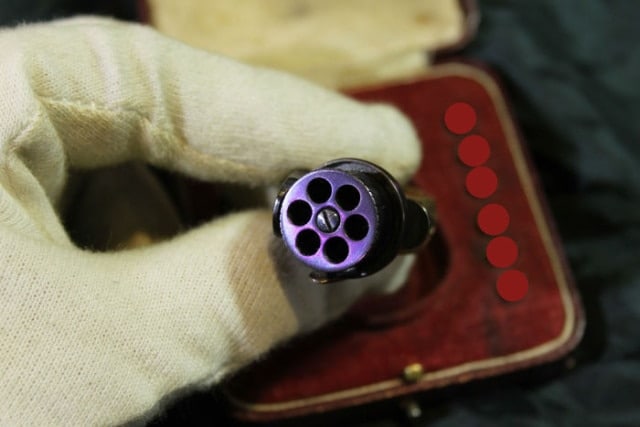 The frame of this manually operated pepperbox revolver is a ring made from German silver. Placed atop the ring, where a stone would be on a normal piece of jewelry, is a fire-blued steel recoil plate that serves as the base for a cylinder full of actual, live rounds that could be fired while wearing the piece on the hand. 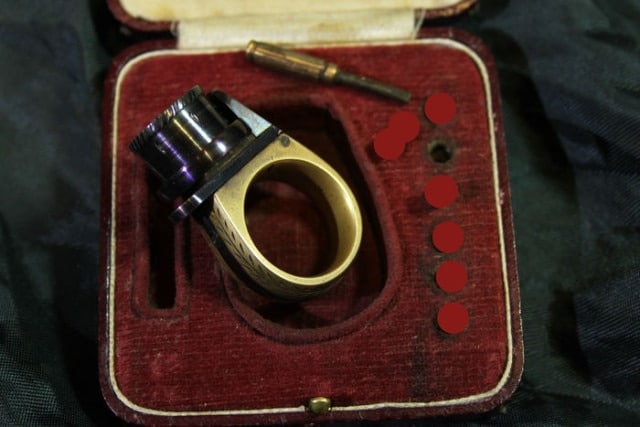 They were sold with a five, six, or 7-round cylinders in either 2mm or 4mm pinfire. In terms of size, the 4mm guns had a cylinder about as wide as a nickel while the 2mm had one closer in size to a dime. The “pinky pistol” up for grabs is one of the six-shot 4mm varieties. 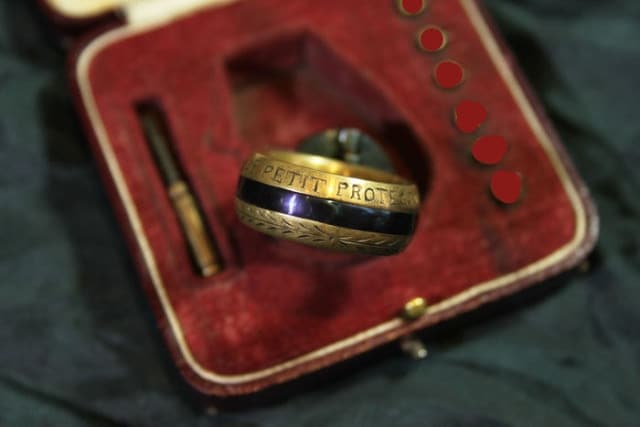 Velocity generated through such a pipsqueak round fired from a non-existent barrel would likely be about that of a spitball from a fourth grader, but it at least would give a ruffian a moment of pause. Besides, there are always five more shots available to help change their mind if they were still thinking about it after the first. 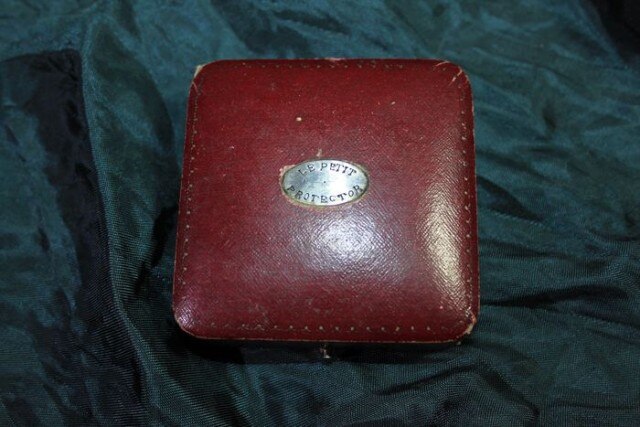 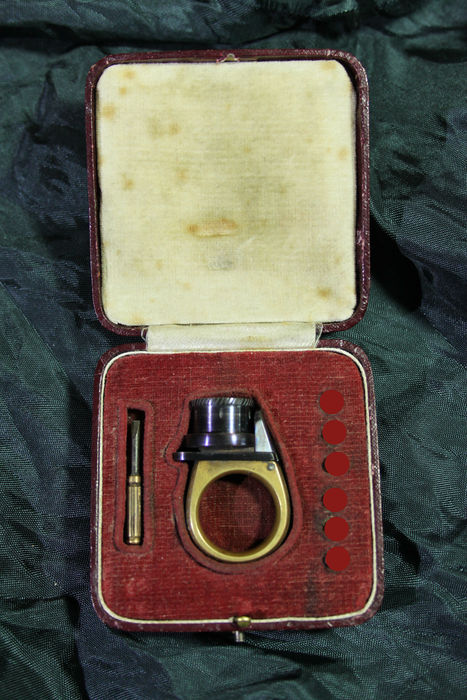 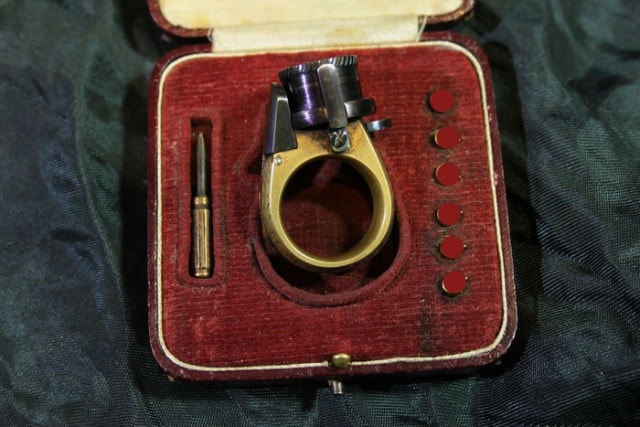 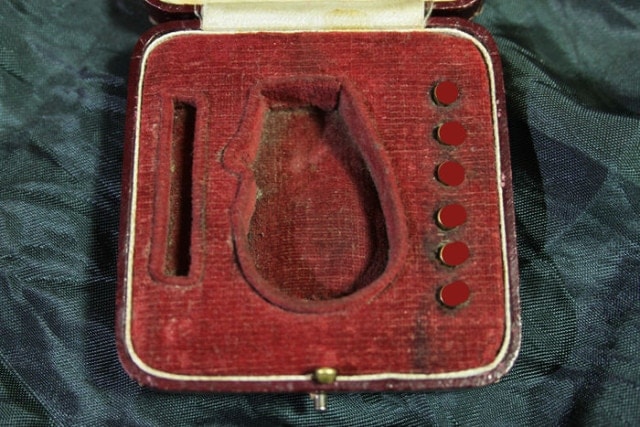